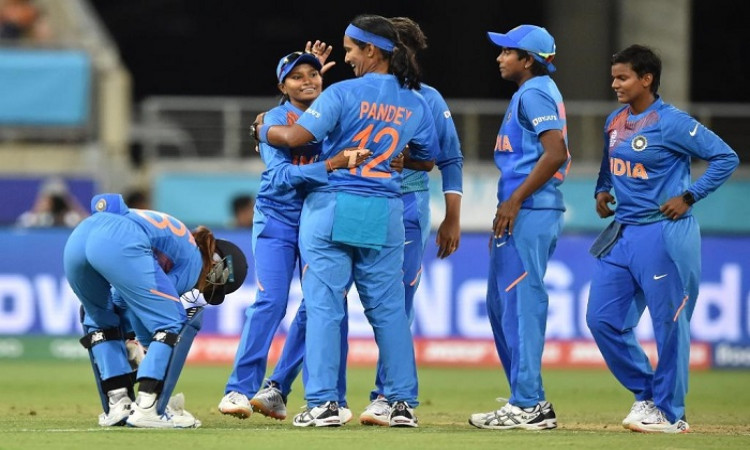 Melbourne, Feb 26:  The Indian women's team has continued the winning momentum in the T20 Women's World Cup having won two group matches against Australia and Bangladesh. Defeating home favourites Australia and then taking on Bangladesh, the Indian eves are leading the Group A standings with young legs posing tougher challenges against the experienced ones.

However, after winning the 2018 World Cup group game against New Zealand by 34 runs, India have also lost three successive matches to the White Ferns during the 2019 tour of New Zealand and would now be aiming to avenge the losses in Thursday's match at the Junction Oval.

However, it would be a new challenge for Harmanpreet as she is yet to find her form in the ongoing tournament. In her last five innings, she has failed to cross even the 20-run mark and has not looked in form. Smriti Mandhana could only make 10 off 11 balls against Australia in the tournament opener -- the match which also saw her getting injured. The left-handed batswoman then went on to miss the next match against Bangladesh due to viral fever.

Young players are filling in quickly as hitter Shafali Verma made 39 off 17 balls with three 6s and two 4s and a strike rate of 229.14. Till the sixth over, the batter baffled Bangladesh's best bowler Jahanara Alam. Shafali made 29 off 15 with five 4s and one 6 against Australia. Deepti Sharma and Jemimah Rodrigues have also made useful contributions in both the matches. However, their strike rates haven't been high and that could be a concern against the White Ferns. The Indian batting order needs to be looked at again in order to face the big match pressure in their run up to the semi-finals.

Deepti, who is a useful all rounder with good fielding skills, needs to work on her running between the wickets.

Scalping a total of seven wickets in the last two matches, leg-spinner Poonam Yadav has been successful in breaking the jinx for Team India, taking 4 wickets against Australia and three against Bangladesh. She is followed by Shikha Pandey who restricted the Aussies with a three-wicket haul and Bangladesh with two scalps.

Arundhati Reddy has impressed with her speed and nippy action, but the Sophie Devine led batting attack will definitely negotiate the pace of Shikha Pandey and Reddy with ease.

India chose to bat first the last time they faced New Zealand in the T20 World Cup and eventually won the match but with big match players struggling to find their form, the Women in Blue need to rework on the batting.

If India have to go past the 160-run mark while batting first, both Mandhana and Shafali have to click in tandem followed by Jemimah and Veda at the end. It will be interesting to see if the team management decides to squeeze in young Richa Ghosh, who is a clean hitter of the ball.

With "Spin to Win" the current success mantra for the Indians, the pacers are likely to be overshadowed against New Zealand as well.

Indian bowlers have not been tested as yet in the first two matches. However, they can be up for a challenge against the White Ferns who have quite a few big-hitters in their line-up.