Ireland, with the help of some sensible batting from Paul Stirling (30*) and Gareth Delany (44) were able to chase down the meagre target of 107 in 15.1 overs. Netherland picked up Key Irish batters - Kevin O'Brian (9) and captain Bilbirnie (8) early - inside the first 5 overs but Ireland's another experienced batter Paul Stirling held one end and constructed a partnership of 59 runs with Delany to take his side to victory. 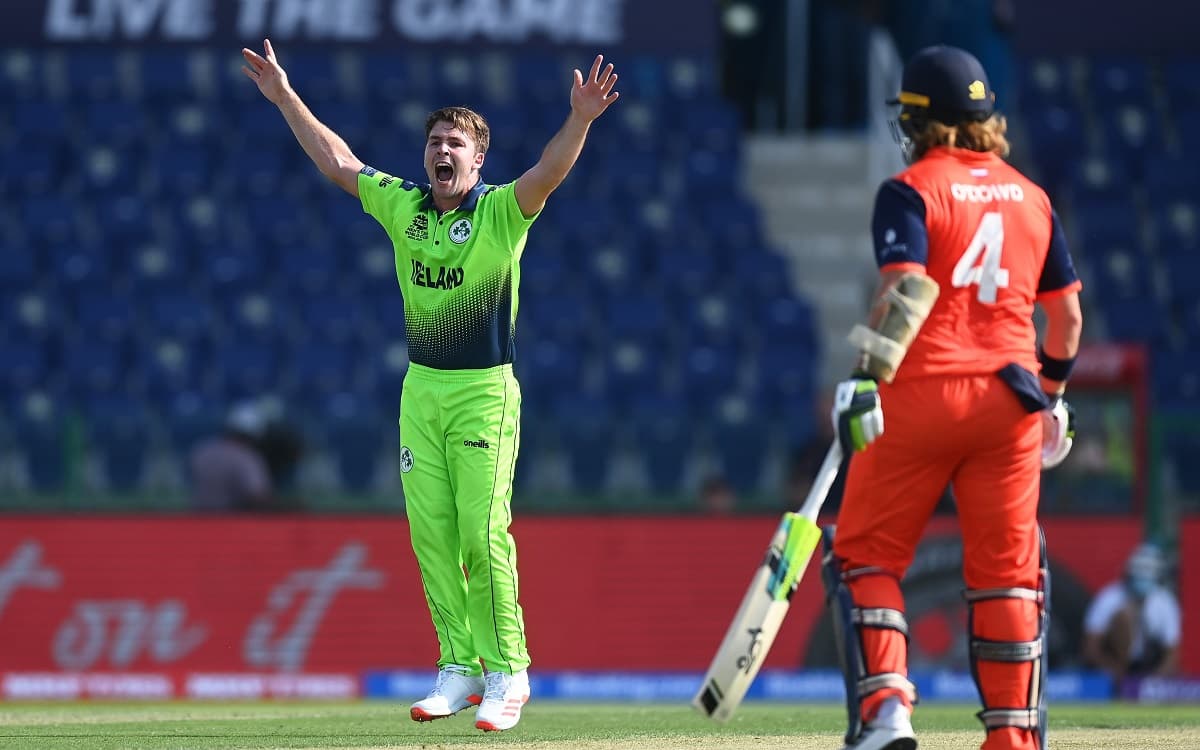 Delany smashed 5 fours & 2 sixes in his 29 ball innings while Stirling struck 1 four & 1 six for his slow yet sensible knock of 30* runs off 39 balls.

For Netherlands, Glover, Klaasen and Seelaar picked up 1 wicket each but the target was too low to defend and Netherlands bowlers couldn't pull off a miracle today. Netherlands would be eyeing to win their next matches and qualify for the main competition.

In the first innings, Ireland bowler Curtis Campher shuffled through Netherlands batters as Irish team restricted Netherlands at 106/10 in 20 overs. 22-year-old Campher picked up 4 wickets in 4 balls in the 10th over and gave Netherlands a shock which they couldn't recover from. For Ireland, Adair picked up 3 wickets while Little picked up 1.

For Netherlands, opener Max ODowd scored 51 off 47 balls with 7 boundaries. However, none of the other batters could survive against the Irish bowling and Netherlands failed to score big in this important match up.

Earlier, Netherlands captain Pieter Seelaar won the toss and elected to bat first against Ireland in the 3rd match of Round 1 in the ICC T20 World Cup 2021. This match is being played at Sheikh Zayed Stadium, Abu Dhabi.