South African batters chasing a feeble target of 84, took their time and finished the match in 13.3 overs, winning the match by 6 wickets. With this, Bangladesh is out of contention for the semi-final spot while South Africa is still in the race. 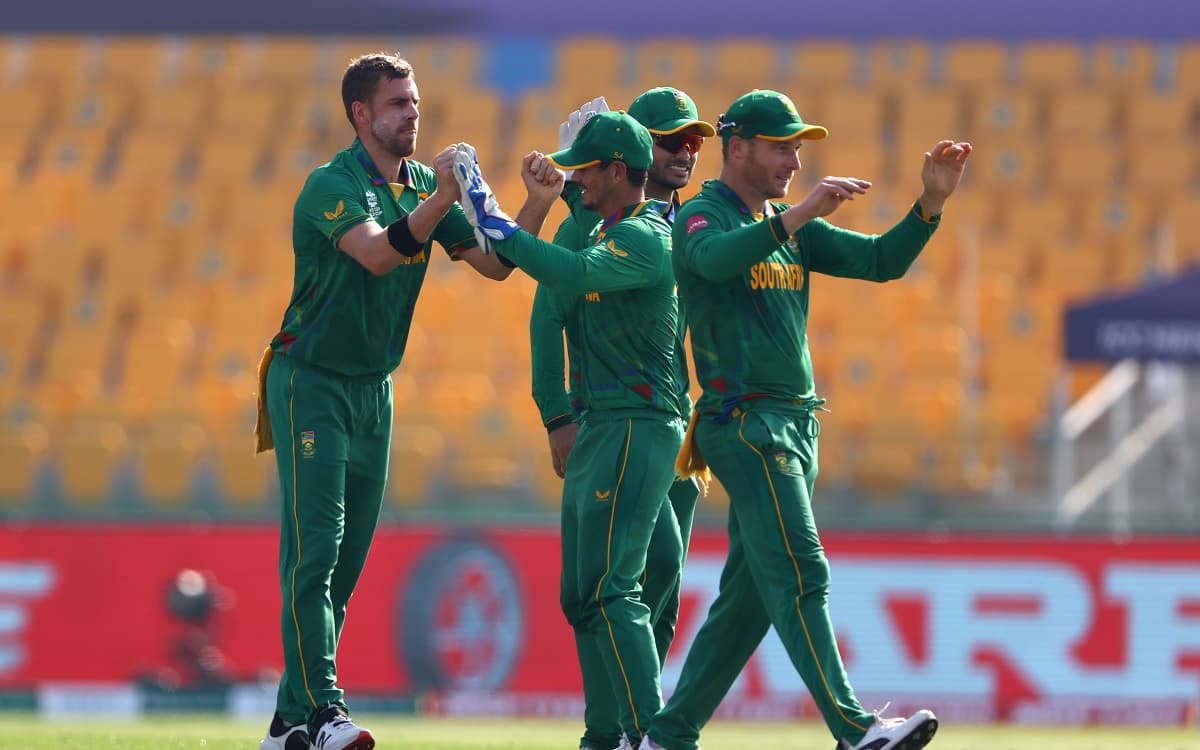 For South Africa, captain Temba Bavuma scored 31 not off 28 balls with 3 fours & 1 six. Rassie van der Dussen scored 22 off 27 balls with 2 fours while wicketkeeper Quinton de Kock scored 16 off 15 with 3 fours and easily chased the target.

In the first innings, South African bowlers rained heavy destruction on Bangladeshi batters, restricting them to 84/10 in 18.2 overs. Kagiso Rabada regained his form as he struck with early wickets to put Bangladesh on backfoot. While Anrich Nortje, also picked up 3 wickets in the latter part of the game to keep South Africa in a dominating position.

For South Africa, Tabraiz Shamsi also picked up 2 wickets while Dwaine Pretorius picked up 1. For Bangladesh, Mahedi Hassan, who was batting at #8, was the highest scorer with 27 runs off 25 balls with 2 fours & 1 six. Liton Das scored 24 runs & Shamim Hossain scored 11. None of the other batters crossed the double-digit mark while 4 batters went for a duck.

Earlier, South Africa captain Temba Bavuma won the toss & opted to field first against Bangladesh in the 30th match of the T20 World Cup 2021. This match is being played at Sheikh Zayed Stadium, Abu Dhabi.