Chris Gayle, the self-styled ‘Universe Boss’, heads to the T20 World Cup determined to prove that he remains a headline act rather than an ageing crowd-puller living off his reputation. He is the only man to have scored a Test triple century, a One-Day International double century and a century in T20 Internationals, batting’s Grand Slam. 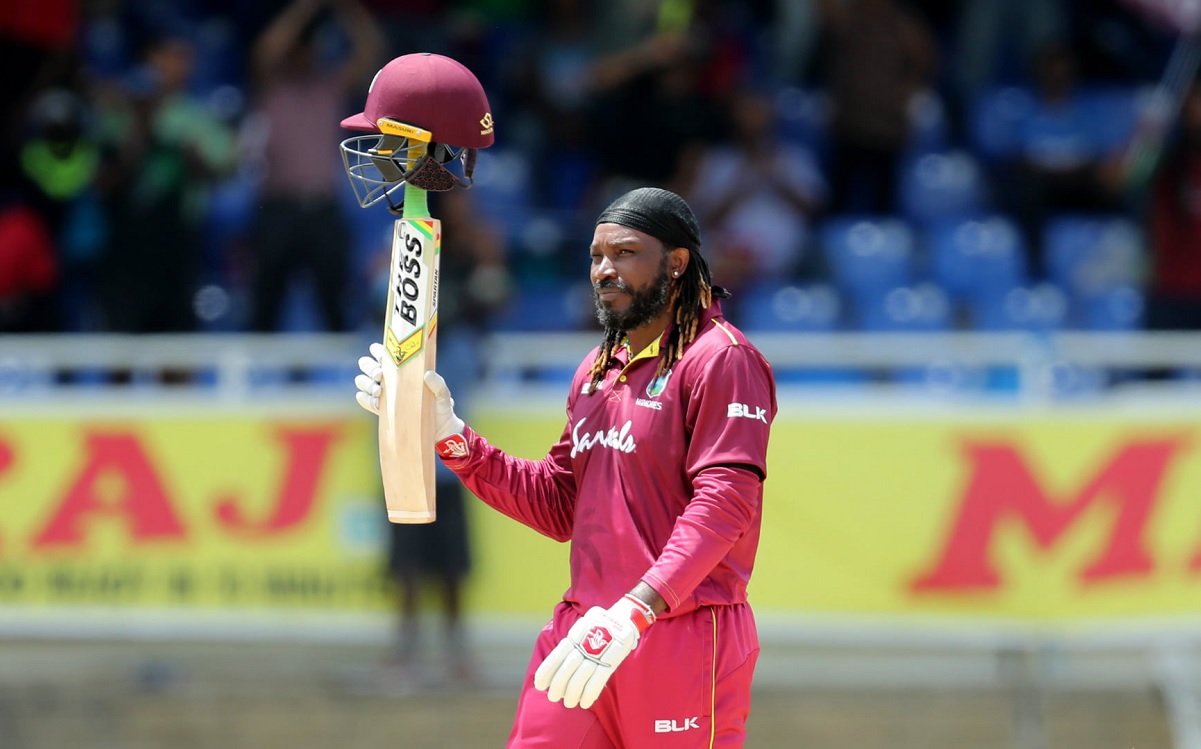 However, since his second T20 century at the 2016 World Cup, where West Indies went on to claim a second world title, the runs have dried up.

The Jamaican star has made just a single half-century in the last five years at the international level over 26 innings.

He even lost his place at the top of the batting order, coming in at number three in the 2021 home series against South Africa and Australia.
“Chris Gayle goes into his final major international tournament not on merit but on reputation,” respected Caribbean cricket journalist and broadcaster Fazeer Mohammed told AFP.
“His declining numbers since the last World T20 in 2016 mean, unless there is a remarkable transformation in the UAE, he will be little more than a peripheral figure in purely cricketing terms for the defending champions.”

The selection of Gayle, as well as 36-year-old seamer Ravi Rampaul, whose last T20 appearance was six years ago, split opinion in the region.
There was consternation that Gayle was reportedly not required to meet the fitness standards which ruled out highly-regarded batsman Sherfane Rutherford and T20 match-winning spinner Sunil Narine.

The peripatetic Gayle has also struggled for runs in his global franchise league commitments and is without a 50 in his last 10 innings.
This meagre run of form led to an unsavoury media spat this week with former West Indies fast bowler Curtly Ambrose who suggested that Gayle was not “an automatic choice”.

It’s all a far cry from his mesmerising, undefeated 175 off 66 balls he made in the IPL in 2013, still, the highest score ever made in a T20 game.
However, he refuses to see himself as a spent force, believing that the 2021 T20 World Cup in Oman and the UAE will be a fitting farewell for a player who has often been the right man in the right place at the right moment.

At the inaugural World Cup in 2007 against South Africa, he scored the first-ever century in the format — 117 off 57 balls in Johannesburg.
In West Indies’ victorious 2012 campaign, he hit three half-centuries — including an unbeaten 75 in the semi-final win over Australia.

He also possesses a burning desire to have the final say in a T20 World Cup final having made just seven runs in the 2012 and 2016 showpieces.

“Don’t mind the numbers, Chris Gayle not getting the runs, soon to be 42, you guys should be happy to see Chris Gayle on the field still,” said Gayle, speaking in the third person after hitting a match-winning 67 against Australia in July this year in St Lucia.
“Hopefully Chris will last as long as possible. Cherish those moments. Commentators, don’t put any stats about Chris Gayle not scoring a half-century.

“Just respect the ‘Universe Boss’ playing some cricket and having some fun. Enjoy the moment.”Now 42, the physically imposing Gayle boasts career figures and performances that rivals can only envy.