The Deccan Gladiators registered a massive victory over Delhi Bulls after they chased down a total of 112 in the Abu Dhabi T10 on Monday. After the Gladiators bowled the Bulls out, their opening batsmen Tom Kohler-Cadmore (51* from 19 balls) and Tom Banton (44 from 21 balls) took the game away with an opening partnership of 100 runs in 6.3 overs. 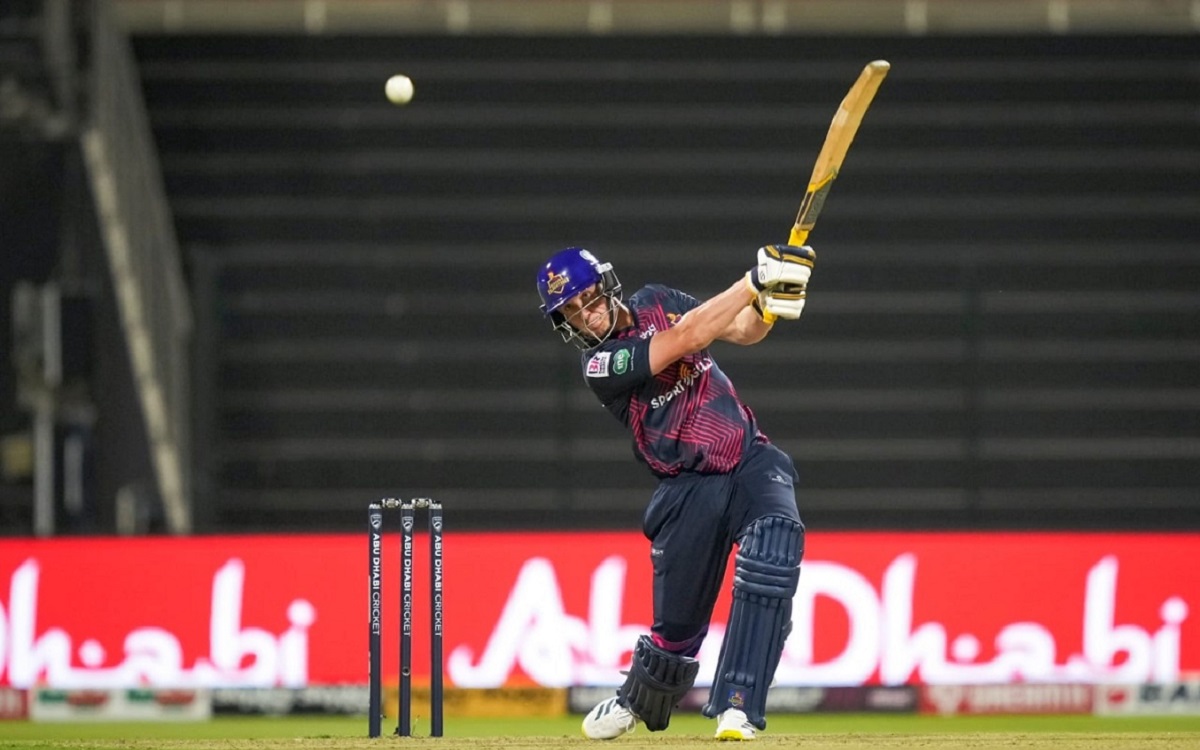 Kohler-Cadmore showed prime form when he smashed Adil Rashid for four sixes in the third over. Banton provided plenty of support from the other end as he smacked Dwayne Bravo for two boundaries in the sixth over. Dominic Drakes dismissed Banton in the seventh over, however, Andre Russell came in and wrapped the up chase with two consecutive boundaries off Dwayne Bravo's bowling in the eighth over.

Earlier, Rilee Rossouw and Rahmanullah Gurbaz provided the perfect impetus at the top of the order for the Delhi Bulls as they smashed two sixes and a four off Odean Smith's bowling in the second over. Rossouw kept sending the ball to the boundary, however, he kept losing partners at the other. The South African, who struck 3 fours and 4 sixes, single-handedly took the Delhi Bulls' score to 101/7 in 8.4 overs before he was dismissed for 48 runs from 21 balls by Tymal Mills.

Andre Russell was the pick of the bowlers for the Deccan Gladiators with figures of 3/17. The West Indian put tremendous pressure on the Delhi Bulls batting line-up by picking up the wickets of Captain Dwayne Bravo, Dominic Drakes, and Fazalhaq Farooqi. The Deccan Gladiators effected two run-outs in the last two overs as they bowled Delhi Bulls out for 112.