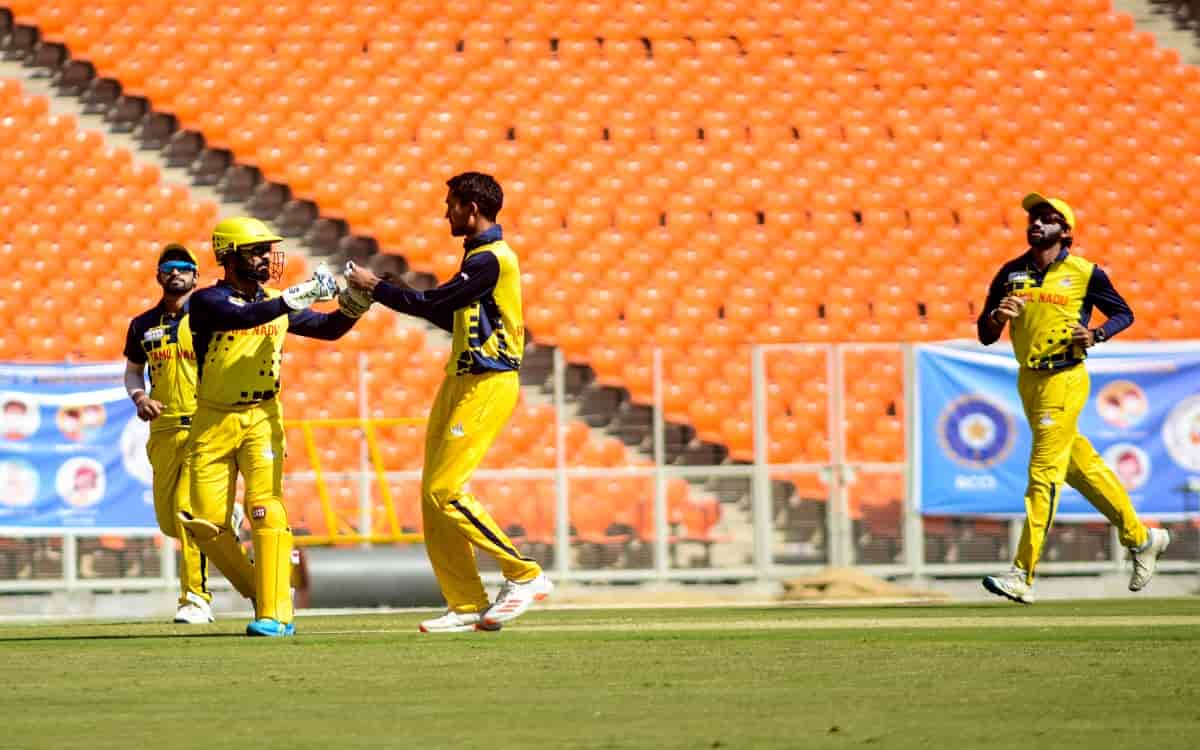 This is Tamil Nadu's second title after the first one came in the inaugural season of the tournament, back in 2006-07.

Siddharth removed Baroda's top-scorer and skipper Kedar Devdhar early when the total was just 22. He then ran through the middle-order, getting rid of wicket-keeper Smit Patel, Abhimanyu Rajput, and hard-hitter Karthik Kakade to leave Baroda reeling at 36 for six. Syed Mushtaq Ali Trophy: Tamilnadu vs Baroda Scorecard

"I wanted to keep it simple. It paid off for me. I am really happy. My aim was to do well for my team. I have been working hard with my variations. The arm-ball has been my strength," said Siddharth after the match.

Baroda found it hard to recover from there and although Vishnu Solanki (49 off 55 balls) and Atit Sheth (29 off 30 balls) added 58 for the seventh wicket, they could muster only 120 for nine in 20 overs.

In reply, Tamil Nadu lost Narayan Jagadeesan early but Baba Aparajith (29 off 35 balls) and opener Hari Nishanth (35 off 38) added 41 for the second wicket to set their side on the path to victory.

Skipper Dinesh Karthik scored 22 off 16 balls while hard-hitter Shahrukh Khan scored 18 off seven balls to complete the formalities as Tamil Nadu won with seven wickets and two overs to spare.