Brisbane Heat and Sydney Thunder lost their first respective games in the BBL 10. The two teams will meet each other for the first time this season with Heat having an upper hand over Thunder. 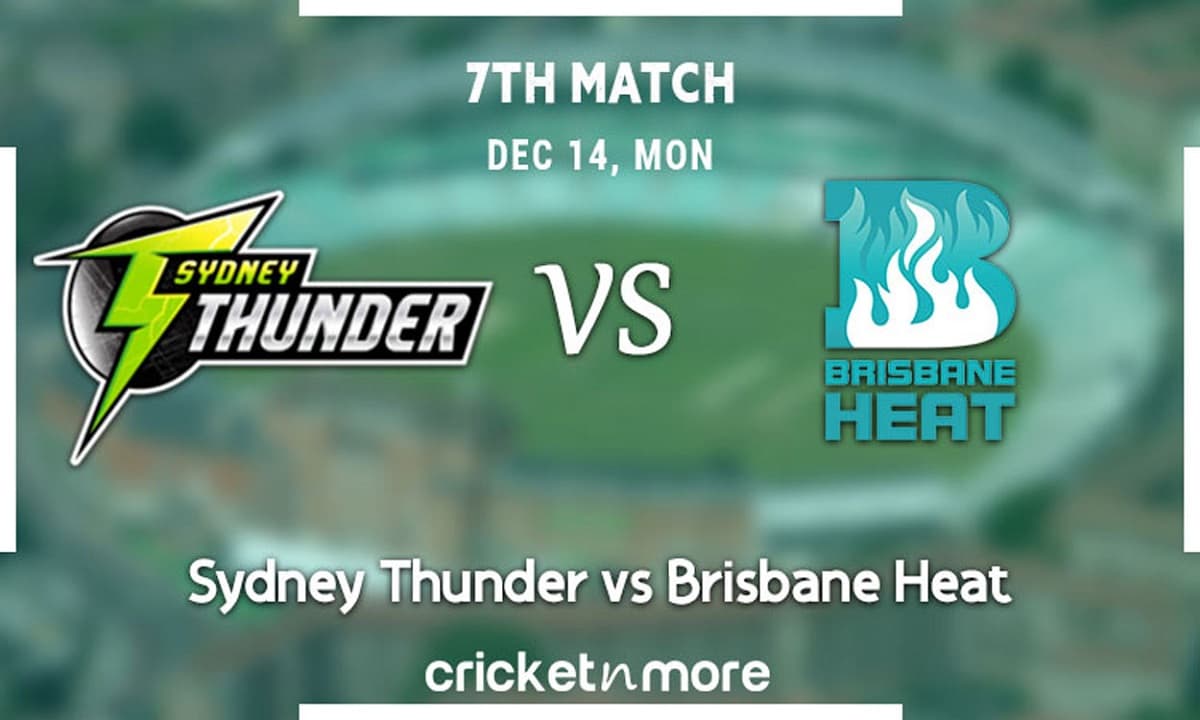 Both the teams had an off first game with the bat in their last respective matches. While Sydney Thunder failed to chase the target after a middle-order batting collapse, Brisbane Heat never got going in their first game and got all out for a score of 125.


BBL 10: Carey Available For Remainder Of The Tournament For Adelaide Strikers

Alex Hales and Callum Ferguson looked in great touch with the bat at the top for Thunder and will remain the key players for their side. Heat captain Chris Lynn couldn't time the ball well in the last game but his ability to smack the ball cannot be doubted.

Chris Green and Ben Laughlin did a decent job with the ball and will play a vital role in their team's chance to put pressure on the opposition.

Brisbane Heat has an unmatched record against Sydney Thunder in the BBL. Heat will go in with confidence against Thunder to get the first win under their belt this season.