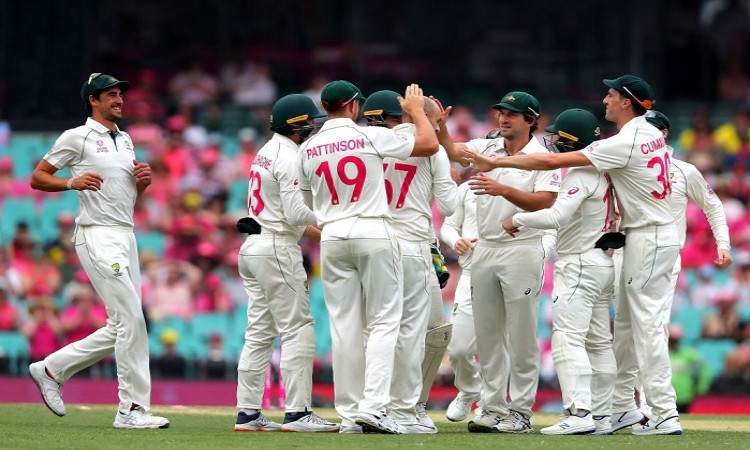 Sydney, Jan 5:  Australia were once again in a commanding position of the third and final Test of the rubber against New Zealand after taking a healthy 243-run lead as the hosts ended the day 3 at 40 for no loss at the Sydney Cricket Ground (SCG) here on Sunday.

After putting a decent 454-runs on board in their first essay, the hosts rode off-spinner Nathan Lyon's (5/68) fifer to bundle out the Kiwis for just 241 runs.

Resuming the day at 63/0, the visitors were jolted at regular intervals, thanks to some quality bowling effort by Lyon and Pat Cummins (3/44). It was only Glenn Phillips (52), who showed some fight in middle-order after skipper and opener Tom Latham contributed with 49 runs at top.

Though the Kiwis started off on a decent note, they went on to lose their last five wickets for just 56 runs and were eventually wrapped for 241 runs in 95.4 overs as the hosts took a 203-run lead.

Later, Australia again kicked-off the proceedings nicely as openers David Warner and Joe Burns were batting on 23 and 16 runs respectively when stumps were drawn for the day.

Earlier, a magnificent 215-run knock by Marnus Labuschagne had powered Australia to 454 runs.