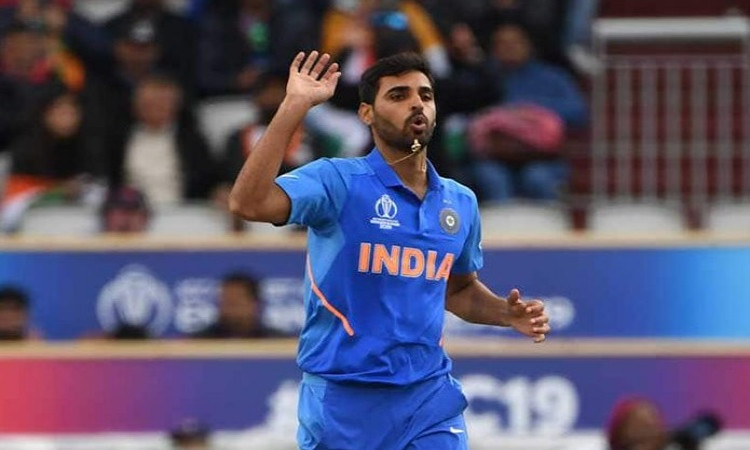 Kolkata, July 12:  India fast-bowler Bhuvneshwar Kumar feels it is going to be a challenge with the saliva ban to shine the ball in place as sweat is not possible everywhere in the world.

Kumar had earlier said the International Cricket Council (ICC) needs to come up with some other way for players to shine the ball as the use of saliva has been banned in the wake of COVID-19 pandemic.

Also Read: Saurashtra wishes Sheldon Jackson luck as he decides to move on

"Sweat is not possible everywhere in the world, definitely it's going to be challenging. Hope things get better soon as they were," Kumar said on Sunday during a Twitter chat with fans using the hashtag #AskBhuvi.

Saliva ban on match ball has been one of the most talked-about regulations that has been imposed by the ICC looking at the virus threat.

"I hope the ICC comes up with some artificial way by which we can shine the ball. You need to do it when you bowl in swinging conditions in (places like) England. Even the spinners need it," Kumar had said at a webinar organised by GainAccess Sports & Entertainment and Sportz Power last month.

Kumar also revealed that his first paycheck was of Rs 3000 with which he "shopped and still managed to saved some".

He also chose winning the Indian Premier League with Sunrisers Hyderabad in 2016 as his favourite moment in the cash-rich league.

The 30-year old, who has played 21 Tests, 114 ODIs and 43 T20Is for India, also revealed during the chat that he has turned his balcony into a gym and is using his backyard lawn for running during the lockdown period.