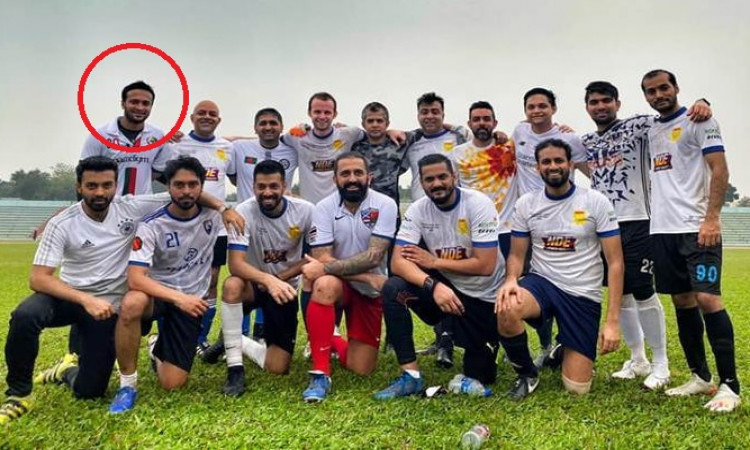 Dhaka, Nov 11: Bangladesh all-rounder Shakib Al Hasan represented a football team named Footy Hags for a match against the Korean Expat Team at the Bangladesh Army Stadium here. The team tweeted an image of the team Shakib on Sunday.

"We played 11 a side on a full size pitch at the Army Stadium against the Korean Expat team today. We won 3-2. Good to have Shakib Al Hasan back in the Footy Hags Team," Footy Hags said on their Facebook post.

Also Read: Efforts made since childhood paid off: Deepak Chahar

Shakib is currently serving a two-year ban (one year suspended) imposed on him by the International Cricket Council for not reporting corrupt approaches. The ban was imposed just days before he was to lead Bangladesh in a tour of India consists of three T20Is and two Tests.