All-rounder Ravindra Jadeja may not be able to just walk into the Indian Test squad considering how his replacement Axar Patel has performed in his first two games, said former captain Sunil Gavaskar. 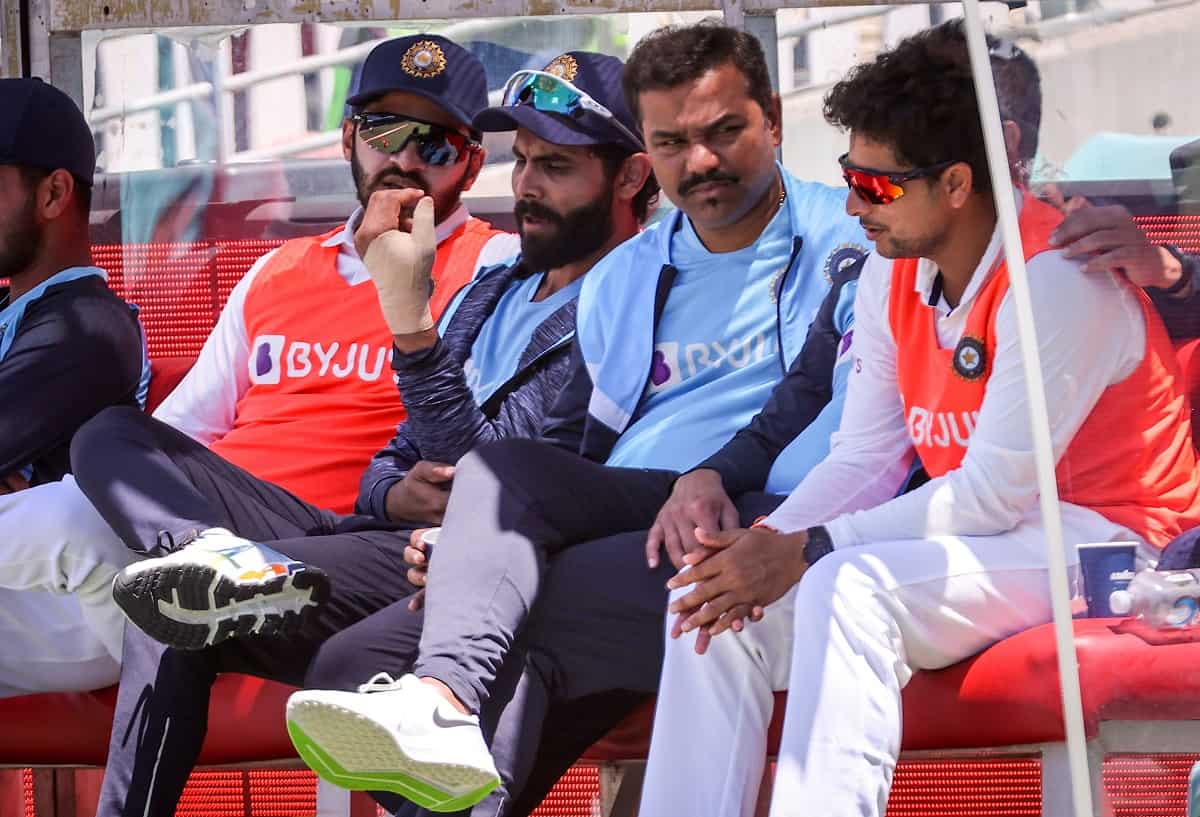 Gavaskar joked that Jadeja might be wondering why it is taking so long for his dislocated thumb to heal.

"Jadeja is now wondering what happened to his thumb. He is asking the doctor why his dislocated thumb has taken so long to recover. He got hit on the 10th of January and it is now end of February, for a dislocated thumb to take that long," Gavaskar said on Star Sports.

Jadeja was ruled out of the Indian squad for the Test series against England due to the broken thumb that he sustained during India's third Test against Australia in Sydney in January.

He was also not named in the squad for the upcoming five-match T20I series against England which will be played from March 12.

In his absence, Axar Patel made his debut in the longest format of the game in the second Test in Chennai and ended up taking seven wickets. He then took 11 wickets in the second Test that was played at the Narendra Modi Stadium, his home ground in domestic cricket, in Ahmedabad.