AUG 17, NEW DELHI: Indian football team captain Sunil Chhetri on Monday said there are few who have served the country so well as M.S. Dhoni, two days after the iconic former captain called it a day from international cricket. 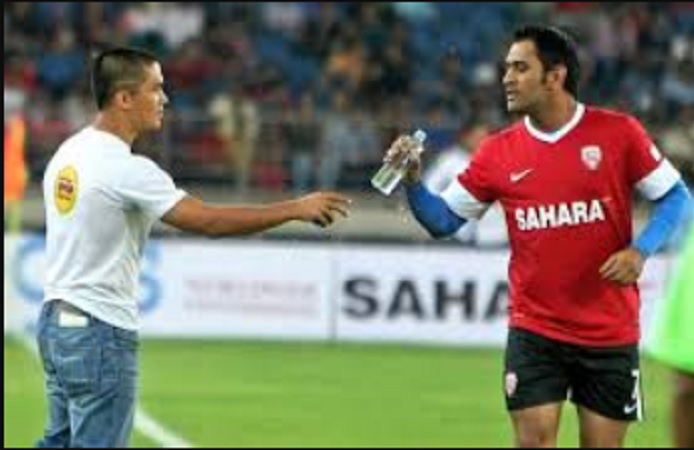 "There are few who've represented the country so well for a long time. Few who've won it all. Few who've been role models to us. And then there is you, Mahi. Well done and proud of you my friend. Enjoy your brand new calendar with all those deserved rest days. @msdhoni," Chhetri said in a tweet.


Eng vs Pak 2nd Test: No respite from rain as England remain on 7/1 (Lunch)

Suresh Raina also retired on the same day, and Chhetri also heaped praise on India's veteran white-ball batsman. "And you, @ImRaina. You've had a fantastic career, my friend. The perfect example of someone who has such a big impact and still manages to stay away from all the limelight. Enjoy your retirement."

Dhoni retired from international cricket last Saturday, thus bringing an end to an illustrious career spanning more than 16 years. Dhoni, who made his ODI debut in 2004, played 350 ODIs, 90 Tests and 98 T20I matches for India.

He was the first and is still the only captain till date to have won all three ICC Trophies -- the World T20, ODI World Cup and Champions Trophy.

The 39-year-old from Ranchi holds the record for most international matches as captain (332). Arguably the quickest man behind the wicket, Dhoni affected a staggering 829 dismissals behind the stumps.