Royal Challengers Bangalore(RCB) won't just have the benefit of longtime international stars like Glenn Maxwell, Kyle Jamieson besides Virat Kohli and AB de Villiers, they will also be able to dish out young Indian players who have become national heroes within a gap of six months. 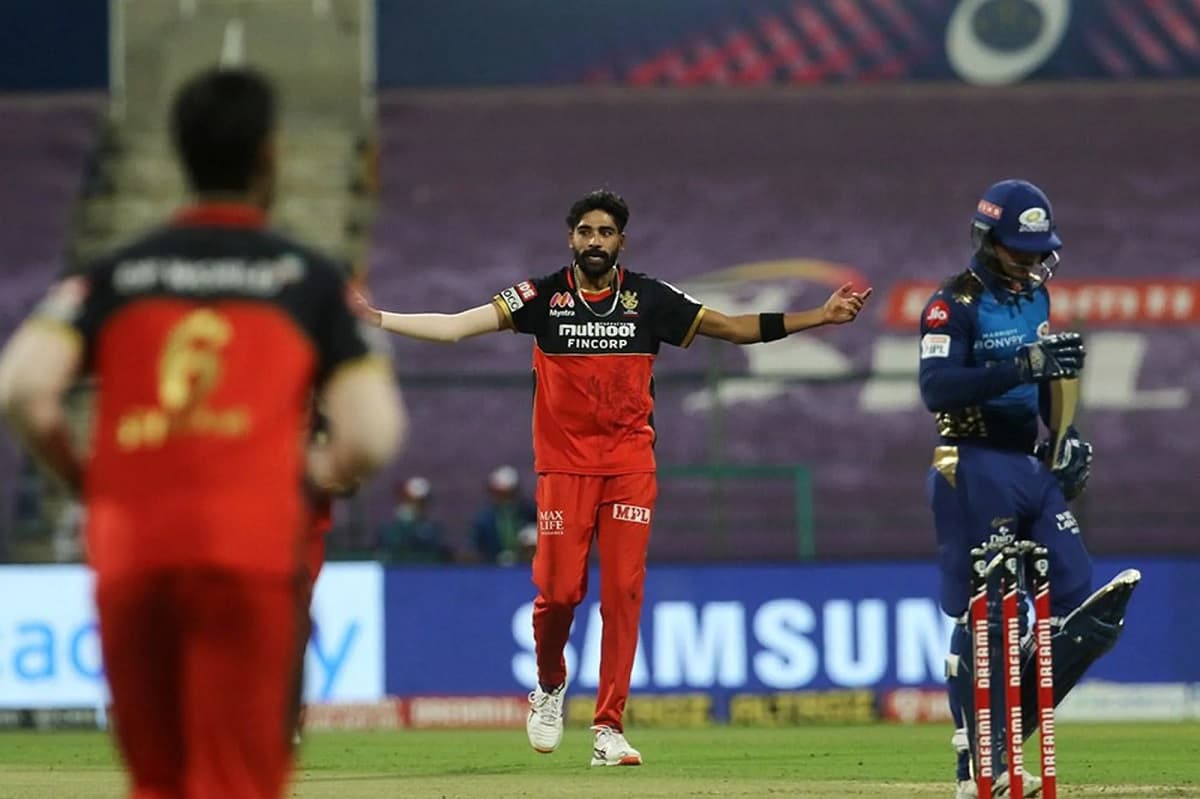 Both Washington Sundar and Mohammed Siraj weren't big names in the previous edition of IPL in UAE just six months ago. However, in the last six months, they have performed well for India in Test series against Australia and England to become RCB's star players.

Pace bowler Navdeep Saini is the other one who played in Australia and although he got injured, a stint with the India Test team will likely benefit him in the IPL 2021.

RCB skipper Virat Kohli said that a good stint with the national team is bound to give the players confidence.

"From personal point of view, I can vouch that if you do well for your national team, it is always exciting to come to the IPL, and that's something I came to know as a youngster -- bringing in the confidence that I gained at the international level back into the IPL setup," said Kohli while addressing the media in a virtual interaction on Thursday.

"Watching guys like Washington Sundar, Navdeep Saini, Mohammed Siraj come into their own. Yuzi (Yuzvendra Chahal) has been there for a while. You obviously want these guys to show their personality and confidence for RCB as well and then maybe we can pull together stronger as a team and then move in the right direction," added Kohli.

"Our youngsters have become more confident and experienced and now the oppositions know that these are the guys that can make impact in any situation as well which is a great sign for us."