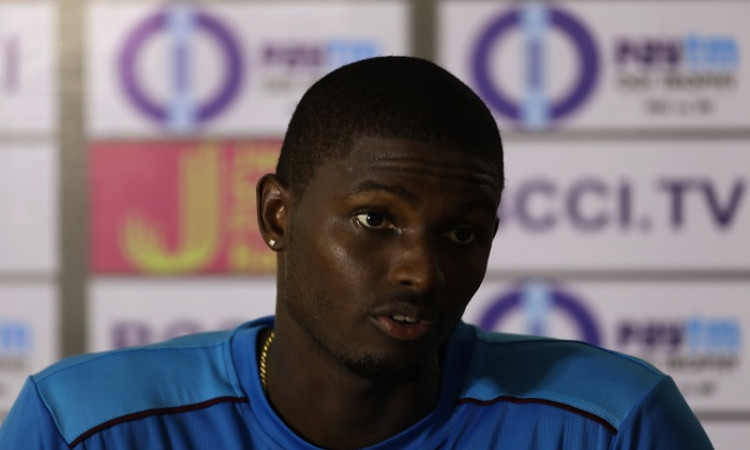 London, May 28 (CRICKETNMORE) West Indies skipper Jason Holder is hopeful that a successful campaign at the upcoming World Cup beginning from Thursday in England and Wales, will have a significant effect on the people in the Caribbean island and will bring them closer.

"It would mean a lot to us if we were to win it," Holder was quoted as saying by The Guardian in an interview.

"It's something we've won before (in 1975 and 1979) and it's always said in the Caribbean that if West Indies cricket is doing well then the West Indian people are happy. You saw it in the recent England (Test) series. Everywhere we went in the Caribbean, people were full of high praise for our efforts and winning performances. Success on the cricket field puts a smile on West Indian faces. Seeing us succeed and even dominate again gave the whole region a huge lift. Hopefully we can continue to bring the people of the region closer."

The Windies defied odds to win the World T20 in 2016. Off field issues with the cricket board have stymied their progress but in the recent past, their showing in England gave hope of a resurgence.

With the likes of Chris Gayle and Andre Russell returning to the fold, Holder is optimistic.

"Chris is an excellent individual," Holder says. "Prior to the England series, I said I've never batted with him in a one-day game. Lo and behold I went in and he was at the crease. He gave me a big hug, and that meant a lot personally. He was an outstanding man of the series. I batted with him when he got that 162. I'm sure the many batting partners Chris has had over the years would say it's a great spectacle to see him flay bowlers all over the park. He can really fire us to the heights in this tournament."

Under Holder, who became the youngest captain ever in 2015, West Indies outplayed England in two Tests, winning the first rubber by 381 runs and the second one by 10 wickets.

They continued with the momentum and drew the subsequent ODI series with England, in which Gayle plundered 162 off 97 balls in the fourth game.

But the Windies haven't won an ODI series since 2014. They were also relatively fortunate to qualify for the tournament when they beat Scotland by just five runs in a rain-affected match decided on the Duckworth-Lewis method last year.

However, Holder believes the West Indies, who play their first match against Pakistan at Trent Bridge on Friday, might even win the World Cup.

"Yeah. But I'm sure every team believes they can win it. The Test series earlier this year - when Sri Lanka won in South Africa and we beat England - had the lower-ranked sides coming out on top. It shows how competitive this World Cup will be.

"You need more of these contests to make cricket attractive globally. That series win Sri Lanka had in South Africa was significant for world cricket. We need more of those series to keep the public enthused. In the West Indies we are on the rise and if we can be more consistent in all three formats then world cricket's perspective on us will improve," he added.