Sub-continent can make you doubt yourself: Aaron Finch 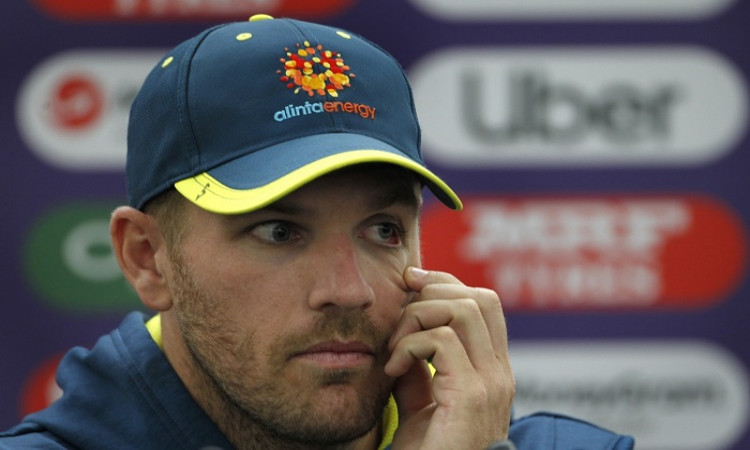 Melbourne, Jan 9:  Australia limited-overs skipper Aaron Finch believes his team has got all the skills to overcome India in the upcoming three-match ODI series.

"It just gives us confidence that our game plan in those conditions is good enough," Finch told cricket.com.au.

"What can happen when you play in the sub-continent is you start to doubt your game plan because they're so dominant when they get on top.

"India or Pakistan... or Sri Lanka. They can make you start doubting yourself.

Last year, Australia had registered a famous comeback win in the five-match ODI series. After being 0-2 down, they won the last three matches and went on to clinch the series.

However, former all-rounder Irfan Pathan believes the Men in Blue have the edge over Australia in terms of talent and confidence and would be able to win the ODI series.

"In the past that wasn't the case because they were doing really well. We were trying to match that level. I feel that Indian cricket is a notch ahead in terms of talent, in terms of cricket and in terms of confidence," Star Sports expert Irfan Pathan said.

"The only thing that will make it equal is the kind of pitches we are going to play in Australia because we do not have experience playing on those hard and bouncy pitches," said Pathan, who recently called time on his international career.

In the upcoming three matches, much of the focus would be on in-form Marnus Labuschagne who is set to make his ODI debut. And Finch firmly believes that Labuschagne can take his brilliant Test form in the ODIs as well against Men in Blue.

The 25-year-old rocketed up to third in the ICC Test batting rankings on the back of an Australian record 896 runs across five Test matches at home this summer.

"We know that he's not going to be overawed by the occasion," Finch said.

"He's come back into Test cricket after missing out at the start of the Ashes and he's been unbelievable, so hopefully he can continue that.

"I don't see why it wouldn't translate," he added.

The three ODIs will be played on January 14, 17 and 19 in Mumbai, Rajkot and Bengaluru.