Manchester, July 29:  Veteran pacer Stuart Broad has progressed seven places to reach third position among bowlers in the latest ICC Test Rankings after a stellar show in the final Test against the West Indies, which England won by 269 runs to clinch the three-match series 2-1. 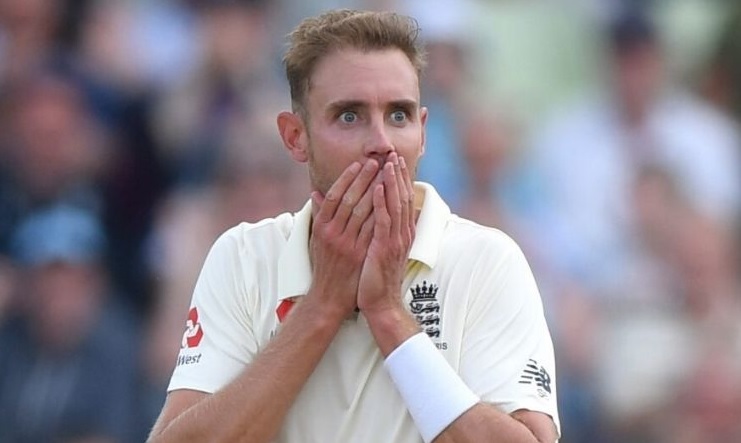 The formerly top-ranked bowler, who finished with a match haul of 10 for 67 during which he touched the milestone of 500 Test wickets, has reached his best since August 2016 when too he was third.

Another England bowler to advance is Chris Woakes, whose five-wicket haul in the second innings has lifted him to 20th position and a career-best rating points tally of 654.

Meanwhile, India's Jasprit Bumrah has dropped down a place and is currently at the eighth spot in bowler's rankings. West Indies skipper Jason Holder has dropped down by two places and is at the fifth spot.

Broad has also gained seven places with the bat after his 62 off 45 balls in the first innings, the joint-third fastest for England in Test history, and risen three places among all-rounders to 11th.

England opener Rory Burns has also gained in the latest update, gaining 13 spots to reach 17th position after scores of 57 and 90 at the Old Trafford, the first time the 29-year-old left-hander has moved into the top 20.

Ollie Pope is at a career-best 46th position, gaining 24 slots on the back of his 91 in his only innings of the match, while Jos Buttler's knock of 67 has lifted him from 50th to 44th.