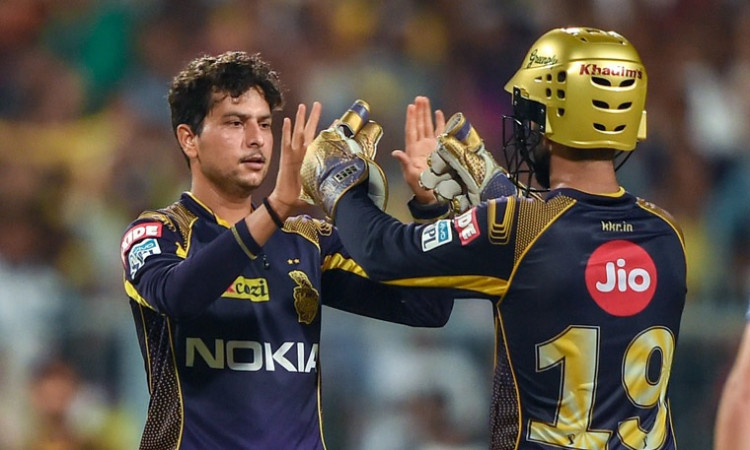 Left-arm spinner Kuldeep Yadav says in the last two editions of the Indian Premier League (IPL) he had a "strong feeling" that Kolkata Knight Riders (KKR) would win the title.

Last season, KKR had failed to reach the playoffs as they finished at the fifth place with 12 points from 14 matches whereas in 2018, they reached the playoffs but lost the eliminator against Sunrisers Hyderabad.

"I had a strong feeling last year that we would win. Even in 2018, we were playing great cricket and I was sure we would win the title," Kuldeep was quoted as saying by the official KKR website.

"I remember the match we lost against Sunrisers Hyderabad (in qualifier 2). I was out of the ground because my spell was over. They were on 125 and I thought they would not go beyond 145. But Rashid Khan came into the middle and changed the game.

"We were just one step away from entering the final. It was a heart-breaking moment when we lost the match," he added.

However, the chinaman feels that the Kolkata-based franchise can win their third IPL title this year if they can strike a good combination. "After all, it's cricket, we will win sooner or later."

The IPL 2020 is slated to be played across three venues in the UAE from September 19 to November 10.