England all-rounder Ben Stokes has become the first batsman in the Indian Premier League(IPL) to score a century in two successful chases. 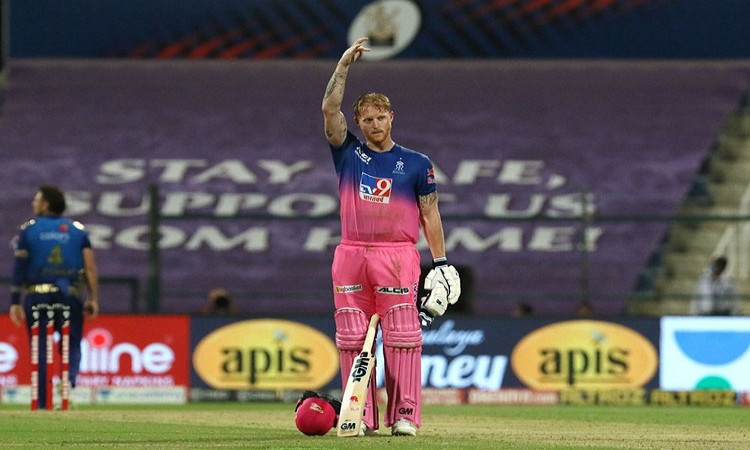 On Sunday evening, Stokes -- who had been struggling so far in the ongoing tournament with scores of 30, 19, 15, 41, and 5 -- roared back to form with an unbeaten 107 that helped Rajasthan Royals (RR) race to an eight-wicket win over Mumbai Indians (MI) at the Sheikh Zayed Stadium. Courtesy of his second IPL century, Rajasthan chased down the total of 196 with 10 balls to spare.

In 2017, the left-handed batsman had smashed an unbeaten 103 for Rising Pune Supergiant as they chased down a total of 162 with a ball to spare on May 1. This was his debut IPL season after he was bought by RPS at a record price of Rs 14.5 crores. In 12 matches that season, he had scored 312 runs besides picking up 12 wickets.

Meanwhile, after Sunday's match, the England all-rounder said: "Sort of bittersweet to be honest - it took so long to get one for the team. I would have preferred to get this form two or three games before when we weren't relying on other results to get us through to the qualifiers."

"It's always nice to get back to form. We needed a result from today, so - it's a good victory," he added.

Courtesy of their win, Rajasthan is now placed at the sixth spot with 10 points from 12 games. There next two matches are against Kings XI Punjab (Friday) and Kolkata Knight Riders (Sunday).