Stoked and grateful to Sachin Tendulkar for praise: Marnus Labuschagne

Sydney, Feb 10:  Rising Australia batsman Marnus Labuschagne is stoked and grateful to cricket legend Sachin Tendulkar for calling him special, saying he was quick to read the Little Master's co 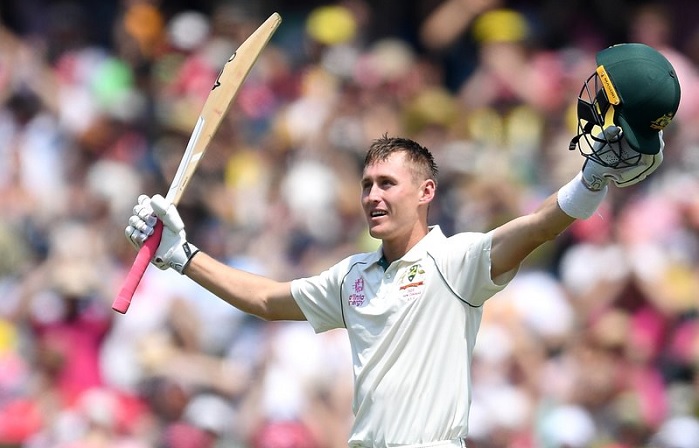 Sydney, Feb 10:  Rising Australia batsman Marnus Labuschagne is stoked and grateful to cricket legend Sachin Tendulkar for calling him special, saying he was quick to read the Little Master's comments and it hit him hard.

"It was pretty amazing, it's one that definitely when I saw it I was quick to read it and it really hit me. Amazing words from someone of that calibre. I was very grateful for his words and just stoked really," Labuschagne was quoted as saying in video uploaded by www.cricket.com.au.


Ind 'A' vs NZ 'A': Ajinkya Rahane hits ton in drawn unofficial Test

Tendulkar had lavished praise on Labuschagne, saying he is a special talent on the sidelines of Bushfire Cricket Bash three days back.

"I happened to be watching the second Test match at Lord's between England and Australia. When Steve Smith got injured, I saw Labuschagne's second innings," Tendulkar said ahead of Sunday's Bushfire Bash charity fundraiser match.

"I was sitting with my father-in-law. I saw Marnus get hit off the second ball from Jofra Archer and, post that, the 15 minutes he batted, I said, 'This player looks special'.

"There is something about him. His footwork was precise. Footwork is not physical, it's mental. If you're not thinking positively in your mind, then your feet don't move.

"That clearly indicated to me that this guy is mentally strong because if you're not, your feet will not move. His footwork was incredible."

Labuschagne hit 896 runs in five Tests against Pakistan and New Zealand in the past couple of months. The 25-year old finished the home summer with an average of 112, and recorded his maiden double ton, two 150s, one century and three fifties in eight innings.

Meanwhile on Sunday, Tendulkar donned the Australian green and gold to play an over during the innings break of the Bushfire Cricket Bash legends match.

Tendulkar was facing Australia's star all-rounder and 2019 Women's Cricketer of the Year Ellyse Perry in the over and her former teammate Alex Blackwell. He said while walking up to the pitch that it was the first time in five years that he was picking up a bat and the 46-year-old ended up hitting a four off the first ball he faced.