New Delhi, April 23: India wicket-keeper-batsman Dinesh Karthik has revealed he thought he was going to be picked by Chennai Super Kings (CSK) for the inaugural edition of the Indian Premier League (IPL). 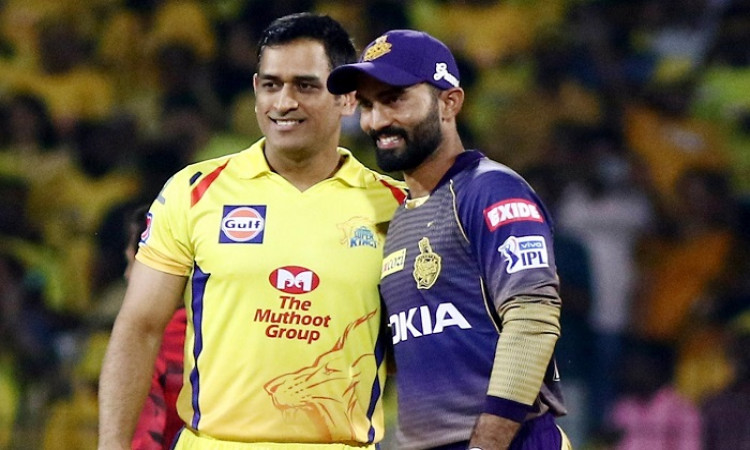 Karthik stated he was almost sure to be snapped up by CSK as he was 'the biggest name from Tamil Nadu' at the time. But the move never materialised as CSK bought M.S. Dhoni for then record sum and didn't go for Karthik at all.

"In 2008, I was in Australia and the auction was happening. In the lead up to that, I was convinced that the biggest name from Tamil Nadu who is also playing for the country...I'm sure they (Chennai Super Kings) are going to pick me. The question is whether they are going to make me the captain or not...that was going on in my head. And the first name they picked as Dhoni, for 1.5 million and he was sitting right around the corner with me. And he didn't even tell me that they are going to pick him," Karthik told Cricbuzz.

"Probably he didn't know. But that was the biggest dagger to my heart. So I thought that they would pick me later. It's been 13 years and I am still waiting for that elusive call from CSK."

Karthik has been sort of a journeyman in the cash-rich league and has played for teams likes Delhi Daredevils (now Delhi Capitals), Kings XI Punjab, Mumbai Indians and now Kolkata Knight Riders, where he led the team to play-offs last term.

As for Dhoni, he has led CSK to thee IPL titles and only Mumbai Indians have won more trophies than them. Under the stewardship of Dhoni, CSK have entered the playoffs of every edition of the IPL that they have participated in.