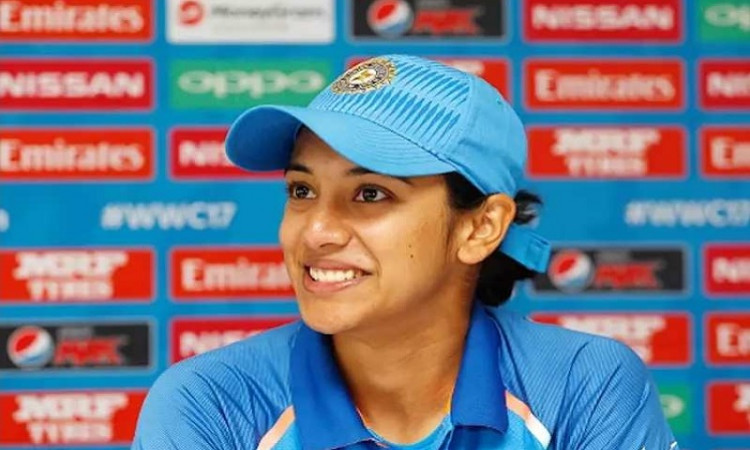 "I still remember the way Dhoni sir walked out to bat in the 2011 World Cup final. The confidence on his face was something which I got inspired," Mandhana said in a video uploaded on BCCI's official Twitter handle.

Though all-rounder Yuvraj Singh was the linchpin of India's success in the 2011 World Cup, it was Dhoni who rose to the occasion during the final at the Wankhede Stadium in Mumbai.

Chasing Sri Lanka's 275 for victory, India had the worst possible start, losing Virender Sehwag off the second ball and Sachin Tendulkar when the score was just 32. Dhoni, who was not in the best of form in the World Cup, surprised everyone by promoting himself ahead of in-form Yuvraj.

But Gautam Gambhir and skipper Dhoni steadied the ship with a 109-run fourth-wicket partnership and then his unbeaten 54-run partnership with Yuvraj (21) helped India clinch a six-wicket win as Dhoni wrapped it up with a straight six off pacer Nuwan Kulasekara.

"I am sure he has inspired everyone around him to be a better cricketer, a leader and most importantly a better human being. Thank you for your contribution Dhoni sir," Mandhana added.

The 39-year-old from Ranchi, who made his ODI debut in 2004, played a whopping number of 350 ODIs, 90 Tests and 98 T20I matches. He was the first and is still the only captain till date to have won all three ICC Trophies.

Dhoni holds the record for most international matches as captain (332). Unarguably the quickest man behind the wicket, Dhoni affected a staggering 829 dismissals behind the stumps.