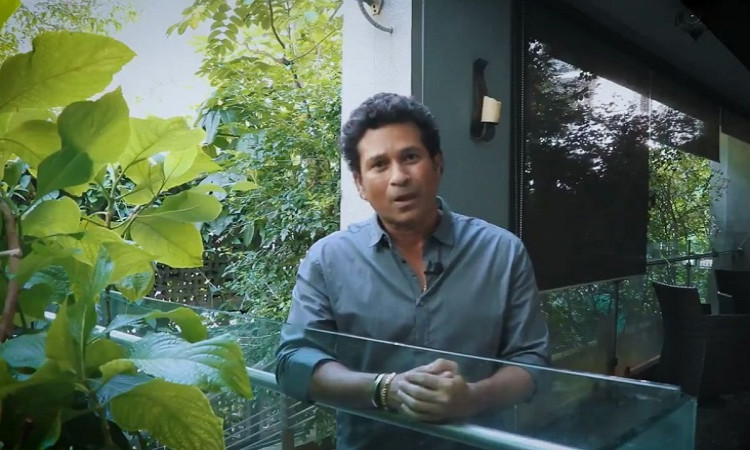 In his sixth attempt, Tendulkar -- under the captaincy of M.S. Dhoni -- finally tasted success in 2011 when India beat Sri Lanka by six wickets in a thrilling final played at the Wankhede on April 2. Carried on the shoulders of his team-mates, Tendulkar took a lap of the ground, after the victory was sealed in his home city of Mumbai.

That moment, titled 'Carried On The Shoulders Of A Nation', is a reference to the Indian historic win and has been shortlisted as one among the five contenders for the greatest Laureus Sporting Moment 2000-2020 Award. And Virat Kohli and Yuvraj Singh have urged fans to vote for the cricketing great.

"Yuvi, this moment is for Team India and every Indian around the world. The 2011 Cricket World Cup win is etched in my mind like it just happened yesterday. Still get goosebumps thinking about that night," Tendulkar wrote on Wednesday while replying to Yuvraj who has urged fans to vote for the 46-year-old.

Responding to him, the Master Blaster wrote: "It is definitely a moment to remember Virat! Glad to have a teammate & friend like you to cherish it with. Thank you for your support."

The foundation has launched the Laureus Sporting Moment 2000-2020 for public voting, which gives fans the opportunity to choose the winner who will be announced during the Laureus World Sports Awards Show in Berlin on February 17.