Steve Smith,David Warner to gel with Australian squad before IPL 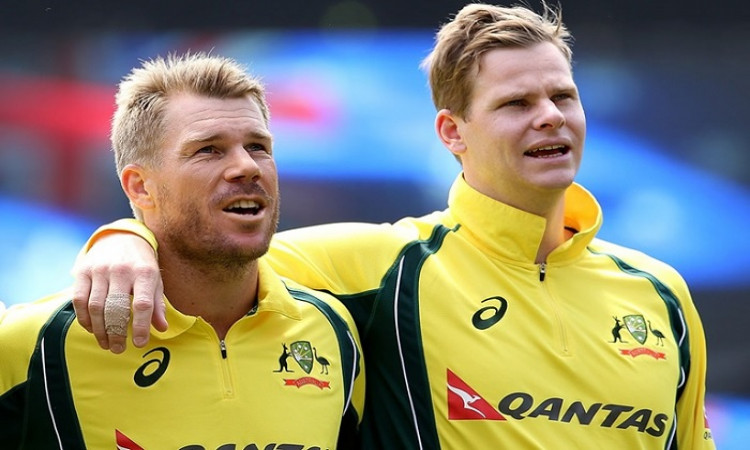 New Delhi, March 13:  Former Australia captain Steve Smith and David Warner might not be a part of the ODI squad for the series against Pakistan, but coach Justin Langer wants both the players to spend some quality time with the squad in Dubai before they head to India to join their respective Indian Premier League (IPL) teams.

While Smith is set to play for Rajasthan Royals, Warner will ply his trade for Sunrisers Hyderabad.

Speaking to IANS, informed sources said that the move was aimed at allowing the players to gel together keeping the World Cup on the mind. The showpiece event will now see the return of Smith and Warner into the national set-up.

"Justin Langer wants the duo to join the squad in Dubai so that they can mix with the boys and the process of integration is smooth. The World Cup is coming up and there should be complete bonhomie in the camp as Australia look to defend the title," he explained.

Smith and Warner were banned for 12 months following their involvement in the Sandpaper Gate controversy in South Africa along with opening batsman Cameron Bancroft.

While injuries have seen both players out of action in recent times, they are now back in action. While Warner has even played matches, Smith is back at the training ground and has recently spoken about how his elbow is shaping up well, even though there is still some time before he is 100 per cent fit.

The duo made a slow and steady return to the gentleman's game towards the end of their ban as they played T20 cricket across the world before injury halted their smooth return.

Even as Australia are busy playing the last ODI at the Ferozeshah Kotla, Langer has his mind set on the showpiece event in England and that is one of the reasons why both Matthew Hayden and Mitchell Johnson have been seen working with the squad in India.

"This is how Langer likes to function. He likes to get the services of former players to share their experience with the current squad," the source revealed.