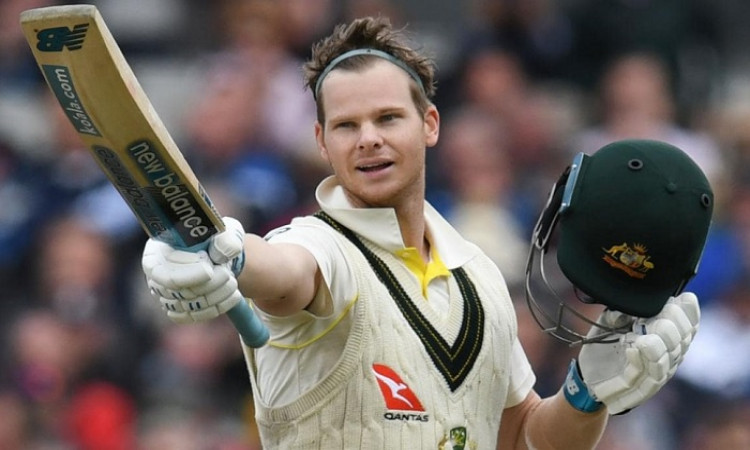 Sydney, Nov 12:  Days after smashing an unbeaten 51-ball 80 in the T20Is against Pakistan, Australian batsman Steve Smith changed gears in masterful fashion to rack up his slowest-ever first-class century in the Marsh Sheffield Shield on Tuesday.

Former skipper Smith, rated as one of the best batters in the world, faced nearly six times as many deliveries as he did for that T20I knock, to notch up his 42nd first-class ton across the first two days of New South Wales' match against Western Australia at the Sydney Cricket Ground.

Smith took 290 deliveries to reach his hundred, which is the most he's ever faced to reach the three-figure mark, 'eclipsing' his marathon 261-ball ton at the Gabba in the opening Test of the 2017-18 Ashes series.

"After playing the T20s, it was about coming back and getting back into that red-ball cricket and finding the right way to go about it," Smith was quoted as saying by cricket.com.au after NSW declared on 444/8.

"I was a bit slower than I would have liked but it wasn't easy. The wicket was pretty slow. There were no slips for the majority of the innings, there was a ring field and the surface was slow and the square is quite soft as well.

"It's probably the way I play my best, when I'm just patient and playing each ball on its merit. They bowled some pretty good spells and didn't let me score too much.

Smith was eventually dismissed for 103 before lunch on Day Two.

After having an incredible Ashes series in England where he amassed 774 runs at a staggering average of 110.57 in the seven innings he played, Smith will be looking to continue his great run in the two Tests against Pakistan beginning November 21 at The Gabba.