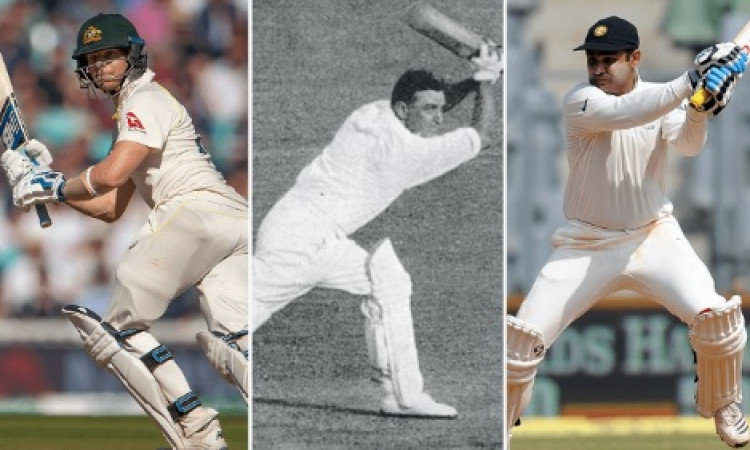 Adelaide, Nov 30 Prolific Australian batter Steve Smith has added yet another feather to his cap by becoming the fastest batsman in the world to score 7,000 Test runs.

Smith achieved the feat on Day 2 of the second and final Test against Pakistan at the Adelaide Oval on Saturday.

Also Read: Did you know? Bradman was dropped after his debut Test

The 30-year-old achieved the milestone in just 126 Test innings and surpassed former England batter WR Hammond who had achieved the feat in 131 innings. Third on the list is former Indian opener Virender Sehwag who had taken 134 innings to score 7,000 Test runs, followed by Sachin Tendulkar (136), Gary Sobers (138), Kumar Sangakkara (138) and Virat Kohli (138).

Smith has gone past Don Bradman to become the 11th Australia player to score 7,000 Test runs.

Ever since making a return after serving a ban for his role in the Sandpaper Gate fiasco, the right-handed batter has been in great form. He had an incredible Ashes series in England as he amassed 774 runs at a staggering average of 110.57 in the seven innings he played.