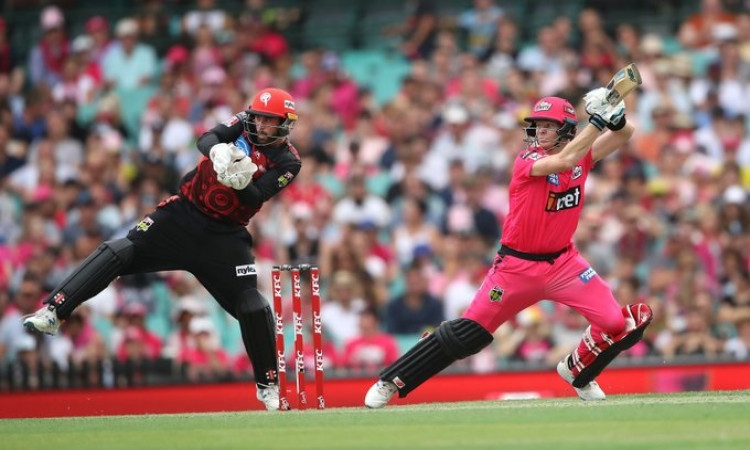 Sydney, Jan 25:  Former Australia skipper Steve Smith has continued to shine in the shortest format of the game as his unbeaten knock of 66 from 40 balls saw his side Sydney Sixers register a seven-wicket win over Melbourne Renegades in an ongoing Big Bash League (BBL) match on Saturday.

Chasing a challenging 176-run target, the duo's brilliant knock handed their side a comfortable victory in 18.4 overs. Philippe and James Vince (22) added 49 runs for the opening wicket to provide a solid start to their team.

Earlier asked to bat, skipper Aaron Finch's quick ton guided the side to post a good 175/5 in the allotted 20 overs.

Finch played a knock of 109 runs off 68 balls and his knock was laced with seven sixes and six boundaries.

Apart from Finch, Tom Cooper and Mohammad Nabi also chipped in with 24 and 20 runs respectively.

After nine wins from 14 games, the Sixers sit at the second spot in the points table while Renegades are placed at the bottom after managing just two wins from 13 games.