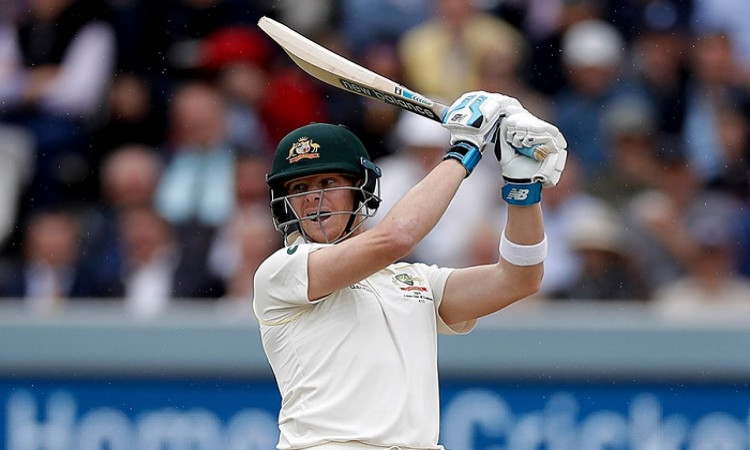 London, Aug 17: If there's one person who has been making headlines on a consistent basis in the ongoing Ashes series, it has to be former Australia skipper Steve Smith.

In the first Ashes Test, Smith -- playing his first Test after serving a one-year ban for his role in the Sandpaper Gate fiasco -- scored twin centuries and proved to be the difference between the arch-rivals as Australia defeated England by 251 runs in Birmingham.

In the ongoing Lord's Test which has so far been marred by rain interruptions, Smith has come out with new ways to leave balls outside the off-stump. On the third day which saw only 24.1 overs being bowled, the former Australia skipper provided the crowd with some much-needed entertainment, not just with his strokeplay, but also his unorthodox and unique style of leaving the balls.

While shouldering arms to the England pacers, the 30-year-old at times hopped, shuffled, got his bat across and even turned around to face the wicketkeeper after leaving the ball.

England Cricket made a compilation of Smith's unique ball leaving technique and shared it on its Facebook page.

The video was also shared on Twitter and it garnered hilarious responses from the social media users.

At stumps on Day Three, Australia were 80/4 in response to England's first inning score of 258 with Smith batting on 13 alongside Mathew Wade (0*).

Steve Smith leaving the ball is the most entertaining thing I’ve seen in a long time #Ashes pic.twitter.com/nuuyRrDpaJ