London, Sep 14: Australia's batting mainstay Steve Smith, who has been in incredible form in the ongoing Ashes series, has broken yet another record by going past former Pakistan skipper Inzamam-ul-haq's record of most consecutive 50+ scores against a single opponent in Test cricket. 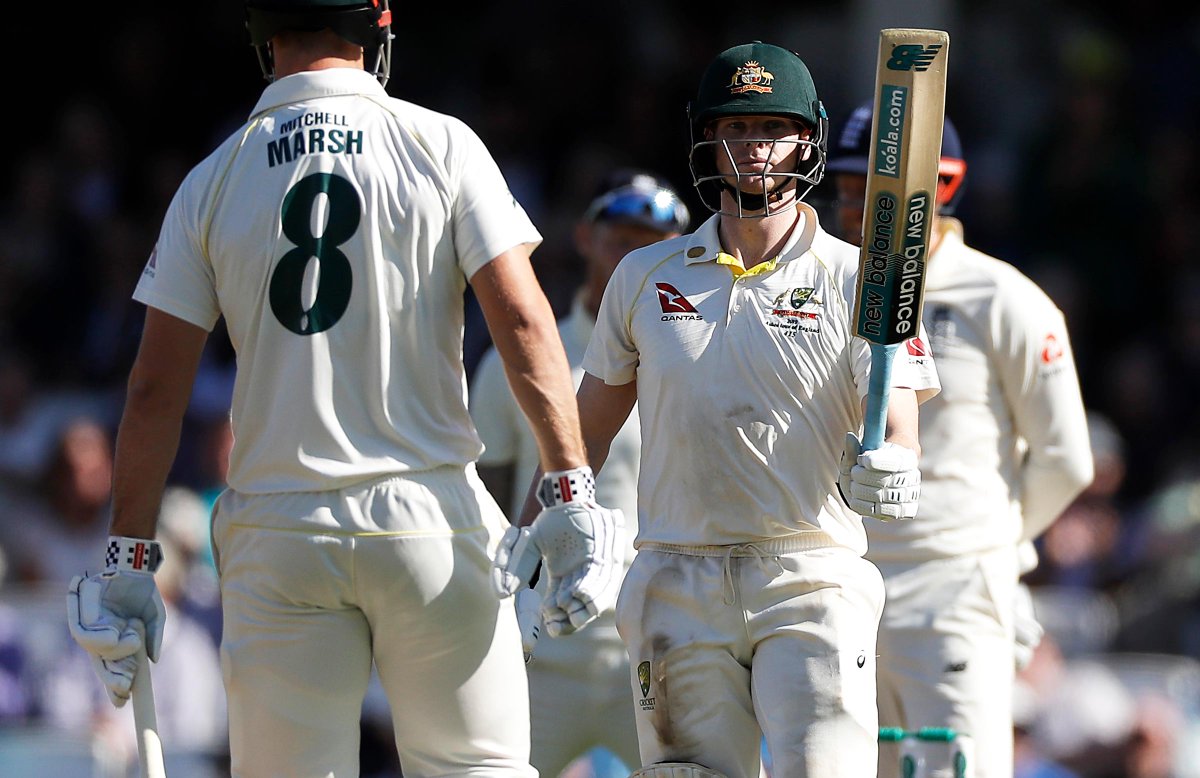 On the second day of the ongoing fifth and final Ashes Test at the Kia Oval, Smith scored 80 runs and in the process registered his 10th consecutive 50+ score against England.

Fourth in the list is former South African all-rounder Jacques Kallis (eight consecutive 50+ scores against Pakistan), followed by Kumar Sangakkara of Sri Lanka, who also had eight 50+ scores in a row against Bangladesh.

In the ongoing five-match Ashes series, Australia have an unassailable 2-1 lead.