Here are the top 5 highest run chases in IND vs AUS T20Is. 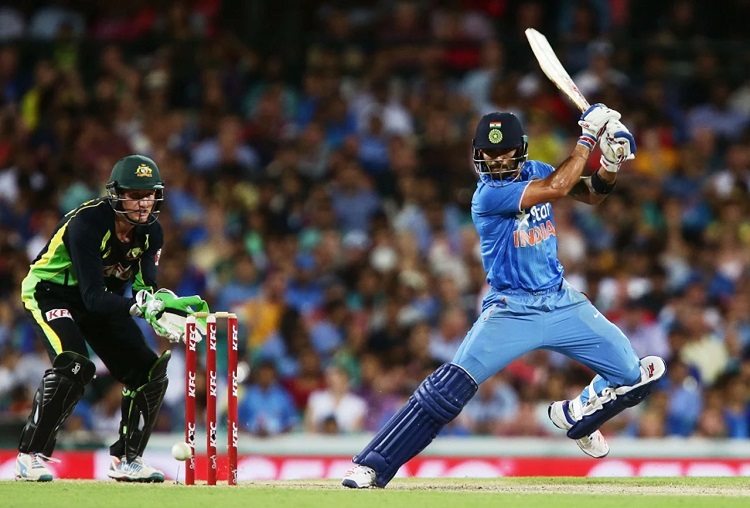 IND vs AUS: Team India is set to host Australia for a 3-match T20I series at home, starting on September 20th (Tuesday) at Mohali. Both teams would eye to cement their combinations and tie up loose ends with the T20 World Cup 2022 in sight.

While Australia are missing some of the key players due to injury or rest, ace pacer Jasprit Bumrah and T20 specialist bowler Harshal Patel are making their way back in after missing out on Asia Cup 2022 due to injury. However, the batters are expected to dominate this series since the Indian pitches are more batter friendly than assisting the bowlers.

Here are the top 5 highest run chases in IND vs AUS T20Is. 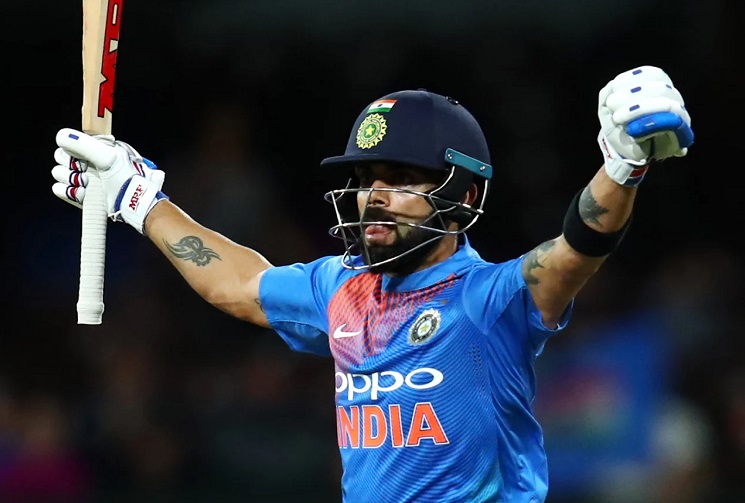 After Indian pacers went wicket-less in the first innings in the 3rd T20I at Sydney, Krunal Pandya picked up 4 wickets, halting Australia to 164/6 in 20 overs. In reply, captain Virat Kohli top scored for team India with an unbeaten knock of 61 runs in 41 balls with 4 fours & 2 sixes. Opener Shikhar Dhawan also smacked 41 runs off 22 balls with 6 fours & 2 sixes while Dinesh Karthik scored an unbeaten 18-ball-22 to take India to a 6-wicket win with 2 balls remaining. 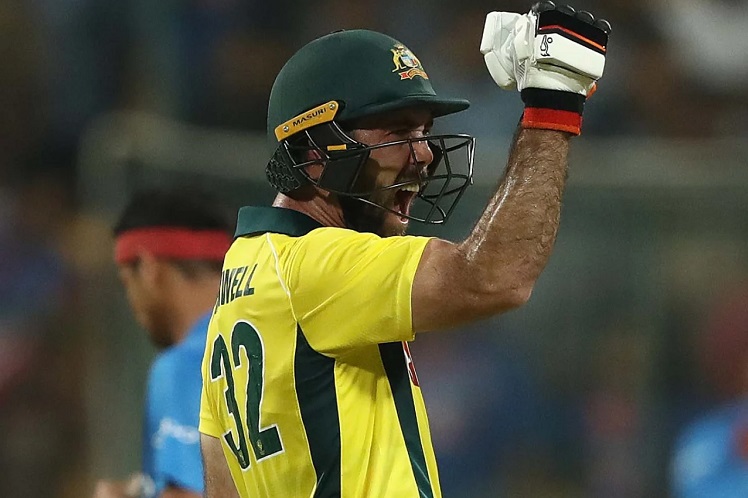 In the 2nd T20I at Bangalore in 2019, Team India posted a huge total of 190/4 after captain Virat Kohli smacked an unbeaten 72 runs off 38 balls with 2 fours & 6 sixes. Opener KL Rahul scored 47 runs off 26 balls while MS Dhoni smacked 40 runs off 23 balls with 3 fours and 3 sixes. However, a sizzling century by Glenn Maxwell spilt all the Indian efforts. The Aussie all-rounder scored 113*runs in 55 balls with 7 fours & 9 sixes to take Australia to a 7-wicket win with 2 balls in hand. 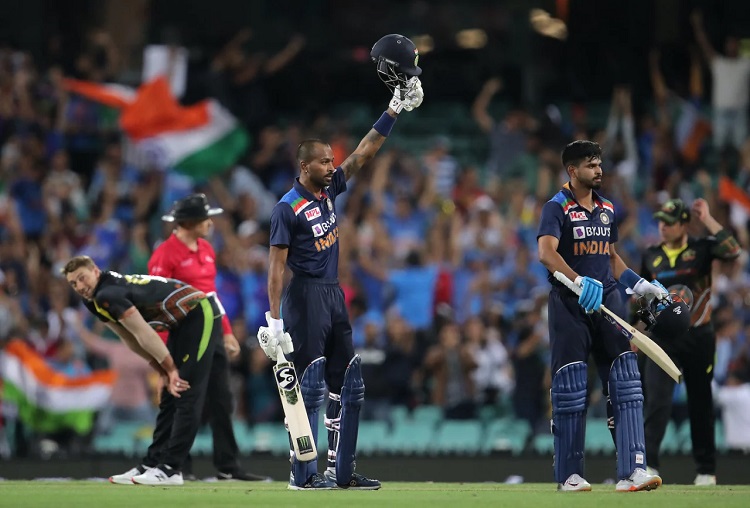 After being put in to bat first in the 2nd T20I at Sydney in 2020, Australia were powered to 194/4 in 20 overs with 32-ball-58 by Matthew Wade and a 38-ball-46 run knock by Steven Smith. However, the Indian batting unit showed a collective effort as they chased down the target in 19.4 overs. Dhawan top scored with 52 runs while Hardik Pandya smacked an unbeaten 42 runs off 22 balls with 3 sixes and 2 fours, taking India to a 6-wicket win. 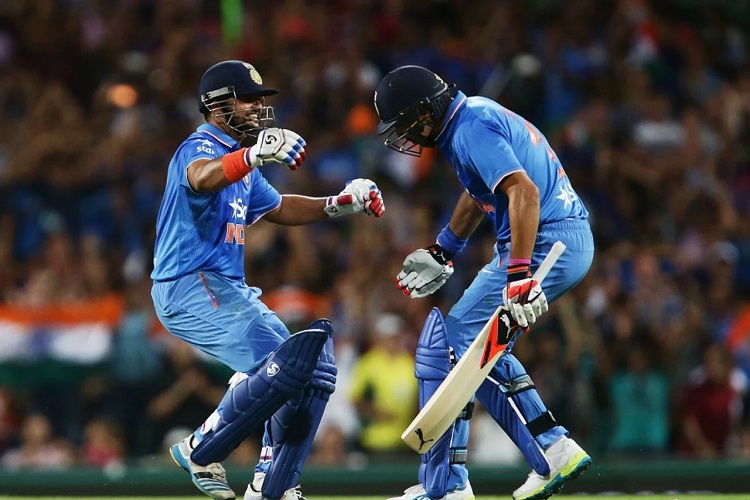 Shane Watson scored a tremendous 124 runs off 71 balls as Australia posted 197/5 while batting first in the 3rd T20I at Sydney in 2016. However, this was overshadowed by an inspiring Indian batting performance. Rohit Sharma scored 52 runs, Virat Kohli scored 50 while Raina smacked an unbeaten 49 runs off 25 balls as India won the match by 7 wickets on the last bowl of the match. 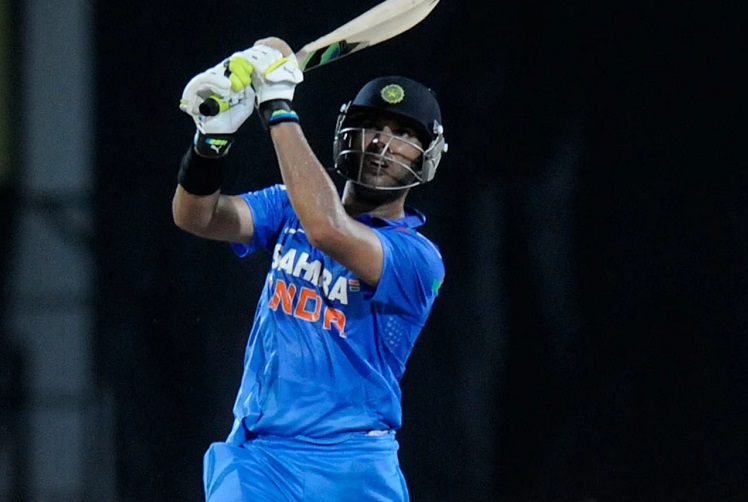 The only T20I at Rajkot in 2013 between India and Australia saw over 400 runs scored between the two teams. While Aaron Finch's 52-ball-89 helped Australia to 201/7 in 20 overs, Yuvraj Singh's unbeaten 77 runs off 35 balls, including 8 fours & 5 sixes powered India to the highest run chase between the two sides. India finished on 202/4 in 19.4 overs, winning the match by 6 wickets.