Here are the top 5 highest batting partnerships in IND vs AUS T20Is. 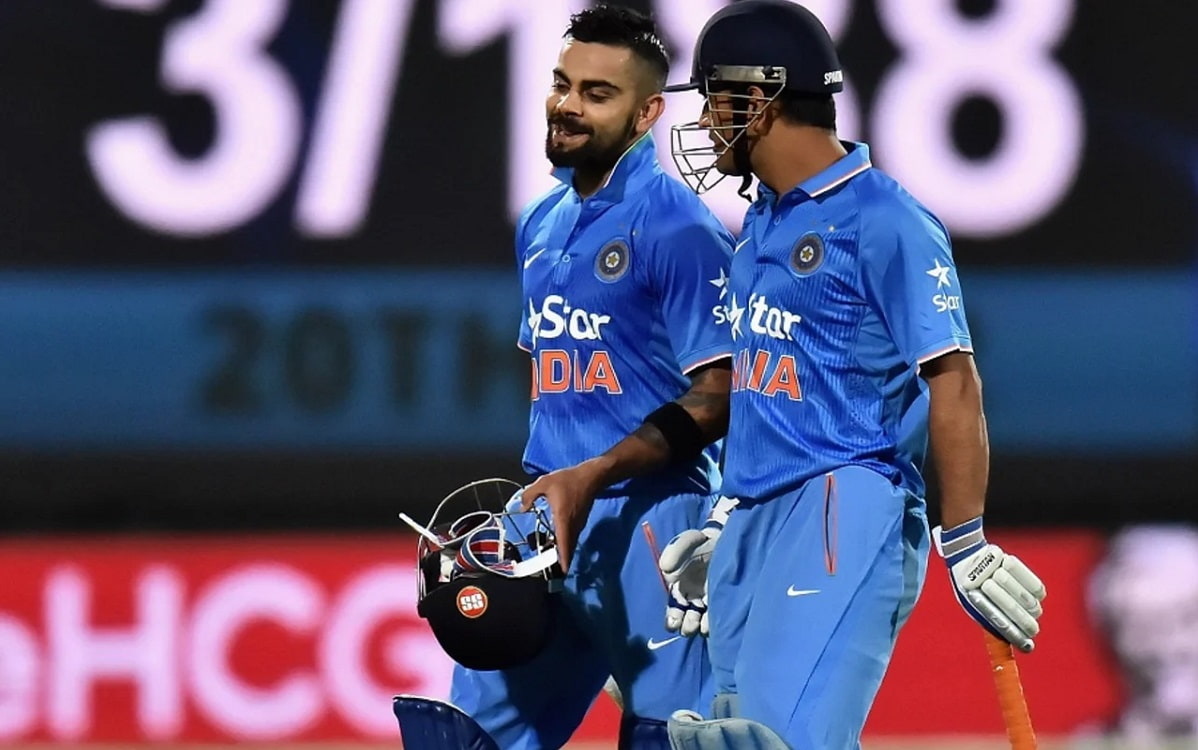 IND vs AUS: Team India is all set to host the Australian team for the 3-match T20I series as the no. 1 ranked team and current T20 champions would clash against each other in preparation for the upcoming T20 World Cup 2022. The first T20I will be played on September 20th (Tuesday) in Mohali.

Both these teams have been dominant units in the cricketing world, and the series promises to be exciting as both the teams would look to sort their combinations and the player roles as the T20 World Cup 2022 is set to start in October.

Here are the top 5 highest batting partnerships in IND vs AUS T20Is.

After being put in to bat first in the 2nd T20I at Bangalore in 2019, captain Virat Kohli and former captain MS Dhoni etched a partnership of 100 runs in 50 balls for the fourth wicket as India posted 190/4 in 20 overs. Virat Kohli scored an unbeaten 72 runs off 38 balls with 2 fours & 6 sixes while MS Dhoni smacked 40 runs off 23 balls with 3 fours and 3 sixes before he was dismissed by Pat Cummins in the last over.

Mahi and Yuvi partnerships were always a treat to watch for the fans, as these two usually finished the job and guided their team to victory. Australia posted a massive total of 201/7 in the only T20I at Rajkot in 2013. In reply, India were at 100/4 after 11 overs. Thereon, Yuvraj Singh and MS Dhoni etched an unbeaten partnership of 102 runs, taking the team to victory with 6 wickets and 2 deliveries remaining.

In the 2nd T20I at Guwahati in 2017, India were bowled out for 118 runs in 20 overs after being put in to bat first. However, Indian bowlers struck early, removing both openers David Warner and Aaron Finch inside the first three overs for just 13 runs. However, Moises Henriques and Travis Head held the mantle from thereon, etching an unbeaten partnership of 109 runs in 72 deliveries for the third wicket, taking Australia to an 8-wicket win with 27 balls remaining. Henriques scored 62* runs of 46 balls with 4 fours & 4 sixes while Head smacked 48 runs off 34 balls with 5 fours & a six.

After opting to bat first, India were halted to 140/7 in 20 overs against Australia in the World T20 group match in 2012, Australian openers David Warner and Shane Watson put on a batting exhibition. The two Australian stalwarts etched a partnership of 133 runs in 81 balls for the first wicket. Watson scored 72 runs off just 42 balls with 2 fours & 7 sixes while Warner remained unbeaten on 63 runs off 41 balls with 7 fours & 3 sixes as Australia won the match by 9 wickets with 5.1 overs remaining.

In the first T20I at Adelaide in 2016, India lost 2 wickets for just 41 runs inside the first 5 overs while batting first. Thereon, batting stalwart Virat Kohli and one of the best T20 Indian batters Suresh Raina held the crease, etching a partnership of 134 runs off just 87 balls for the third wicket, taking India to 188/3 in 20 overs. Suresh Raina scored 41 runs off 34 balls before getting bowled by James Faulkner in the last over, while Virat Kohli remained not out on 90 runs in 55 balls with 9 fours & 2 sixes. India went on to win the match by 37 runs.