Stand by what I said in 2016 about love I received from India: Shahid Afridi

Lahore, July 5: Former Pakistan captain Shahid Afridi said that he has always enjoyed playing against India and that he still stands by what he said in 2016 about receiving more love in India than he did back in Pakistan. 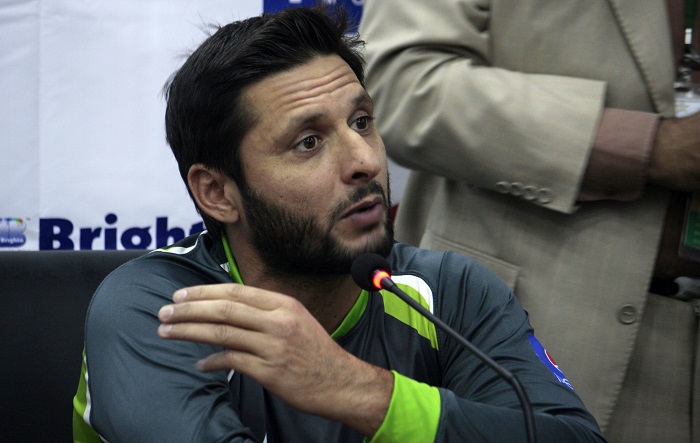 "I have always enjoyed India. We've beaten them pretty comprehensively quite a few times. I believe we've beaten them so much that they used to ask us for forgiveness after the match," he said on the Cric Cast show on YouTube.

Afridi was captain of the Pakistan side that came to India for the 2016 T20 World Cup. He had said then that the team had got more love then than they probably ever did even in Pakistan.

His recent comments on Kashmir and his war of words with former India batsman Gautam Gambhir has led to a significant souring of relationship between him and Indian fans but Afridi said that he stands by what he said then.

"I stand by what I said in 2016, that I have got more love in India than from any other country. Back then I had gone there as a captain and hence as an ambassador of Pakistan," he said.

"I enjoyed a lot playing against India and Australia, you have more pressure. They are good teams, big teams. Going and performing in their conditions is the big thing."

Afridi also said that his 141 that he scored in the 1999 Chennai Test was his favourite knock. "My most memorable innings was the 141 against India, that too in India. I was not going on that trip; they were not taking me. Wasim bhai (Akram) and the chief selector that time supported me a lot. It was a very difficult tour and that inning was very important," Afridi said.