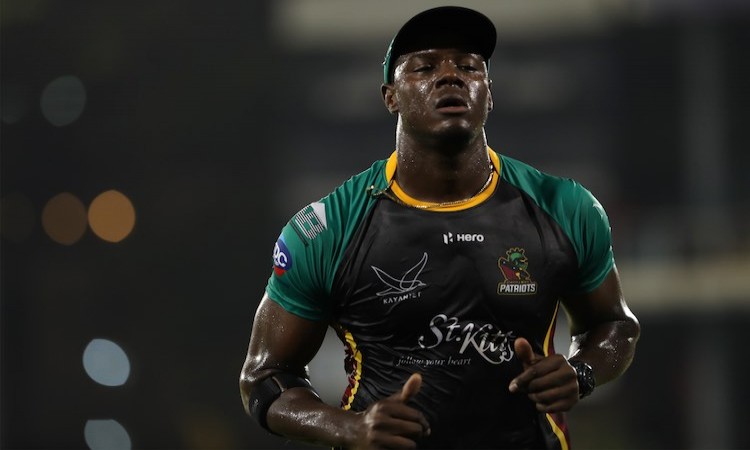 Brathwaite, who hit England’s Ben Stokes for four successive sixes to propel West Indies to glory in Kolkata two years ago, this time hit three Hero Maximums in three balls off Dwayne Bravo and five in all during an explosive cameo.

His 41 in just 15 balls was the key to lifting the Patriots beyond 200, and for good measure he then removed the in-form Colin Munro with the ball as the Knight Riders end their first home leg of the 2018 Hero CPL with only one win from three games.

Munro had made half-centuries in each of the Knight Riders’ first two games and looked on course for another until he picked out Evin Lewis at deep square-leg on 35.

By then the Knight Riders had already lost Sunil Narine, Chris Lynn – bowled by a googly in a wicket-maiden from precocious leg-spinner Sandeep Lamichhane (1/17 from three overs) - and Brendon McCullum for just 10 runs between them. With nobody to reproduce Andre Russell’s heroics from the night before, there was no way back for Trinbago from 56/4.

Denesh Ramdin then fell to Jeremiah Louis to leave the Bravos to try and rescue something for the home side. When Dwayne hit Louis down the ground for six it ended a 42-ball boundary and only served to emphasise just how strong the Patriots’ stranglehold on the game had become.