The first Test in Chittagong ended in a draw, and the visitors are aiming to win the second -- and the series -- in Dhaka to send some good news to Sri Lanka 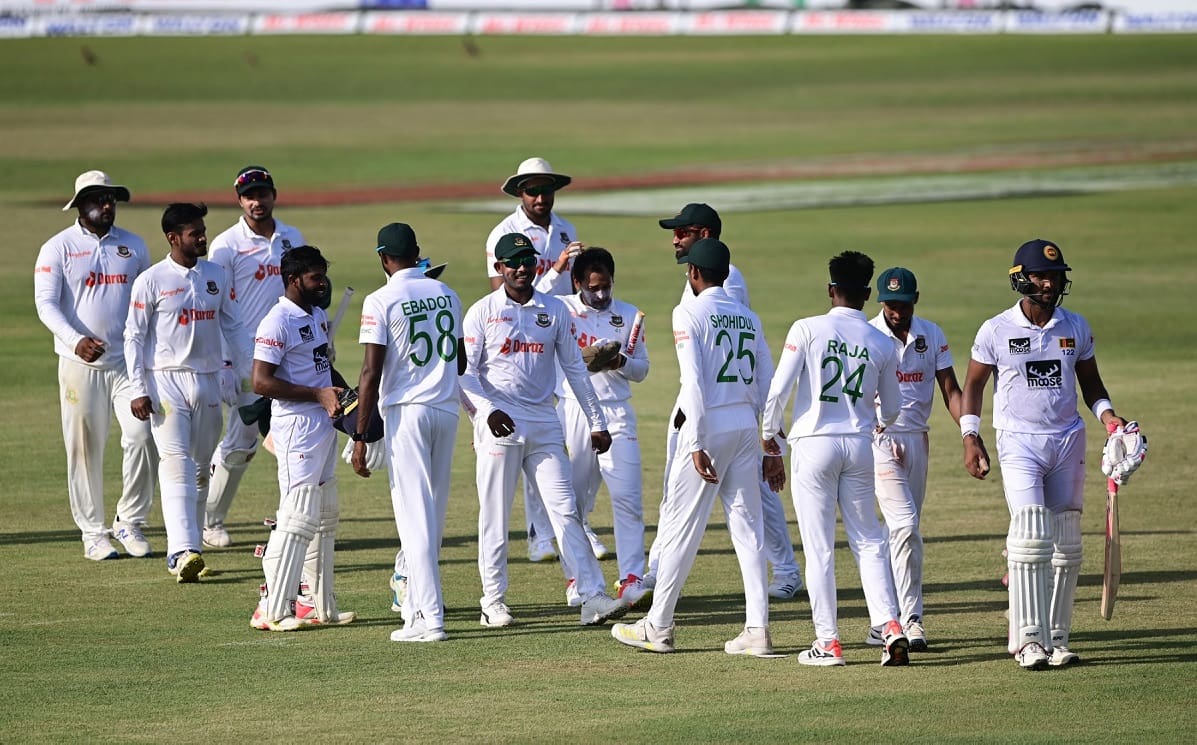 Sri Lanka coach Chris Silverwood is hoping to give fans back home in the crisis-hit island nation reason for cheer with a win over Bangladesh in the second and final Test beginning Monday.

The first Test in Chittagong ended in a draw, and the visitors are aiming to win the second -- and the series -- in Dhaka to send some good news to Sri Lanka, which is suffering from its worst economic downturn since independence in 1948.

"The players are very focused. They know we have a tough task in front of us," Silverwood told reporters on Sunday.

"It will be great if we can win. It will bring a smile to the people back home."

Sri Lanka have won all of the three Tests they have played at Dhaka's Sher-e-Bangla Stadium, including a 215-run thrashing of Bangladesh during their last visit in 2018.

They will go into the second Test on the back of a strong showing in Chittagong, where pace bowlers took seven of Sri Lanka's nine wickets.

Kasun Rajitha -- playing as a concussion substitute for Vishwa Fernando -- led the way with 4-60 while Asitha Fernando claimed 3-72.

"I thought Kasun and Asitha were excellent," Silverwood said, praising their "heart and fight" on a flat wicket.

Bangladesh captain Mominul Haque was also optimistic about his side's chances despite injuries ripping through their bowling attack.

"This is going to be a good chance for us. This is another occasion to clinch the series," he said.

The hosts will be without Nayeem Hasan and Shoriful Islam, while pace bowler Taskin Ahmed and spinner Mehidy Hasan are injured.

Mosaddek and Ebadot Hossain are likely to replace Nayeem and Shoriful for the second Test.