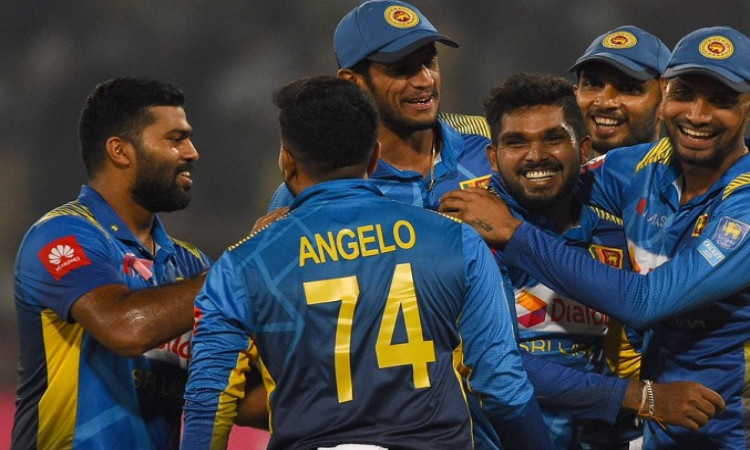 Colombo, Oct 11: Pakistan may have suffered a 0-3 whitewash in the just concluded T20 international series against a second-string Sri Lanka side, but it was a matter of great respite for the Green Brigade as they turned out to be a perfect host and even the visitors lauded the Pakistan Cricket Board's (PCB) efforts.

After the completion of the series on Wednesday, Sri Lanka opening batsman Danushka Gunathilaka tweeted his experience of playing in Pakistan: "End of a very special tour. Kudos to PCB for bringing back international cricket to their fans. Great hospitality. Excellent security measures. Hope every other country will visit here soon. Pakistan is safe to play cricket and their fans deserve it!"

"It's a good victory. Thanks to the Pakistan crowd, they supported not just the home team, but us as well. All the players bonded well in our team and that was the key to success. They are all very talented and I think unity is the secret behind our success," Shanaka said.

The Sri Lankan officials also thanked their Pakistani counterpart and handed souvenirs to the security officials.

Playing in the absence of many of their big stars, Sri Lanka beat Pakistan by 13 runs in the third and final contest here on Wednesday to complete a 3-0 whitewash of the top-ranked T20 side in the world.