The Dasun Shanaka-led Sri Lanka defeated Australia by four runs in the fourth ODI of the five-match series to take an unassailable 3-1 lead. 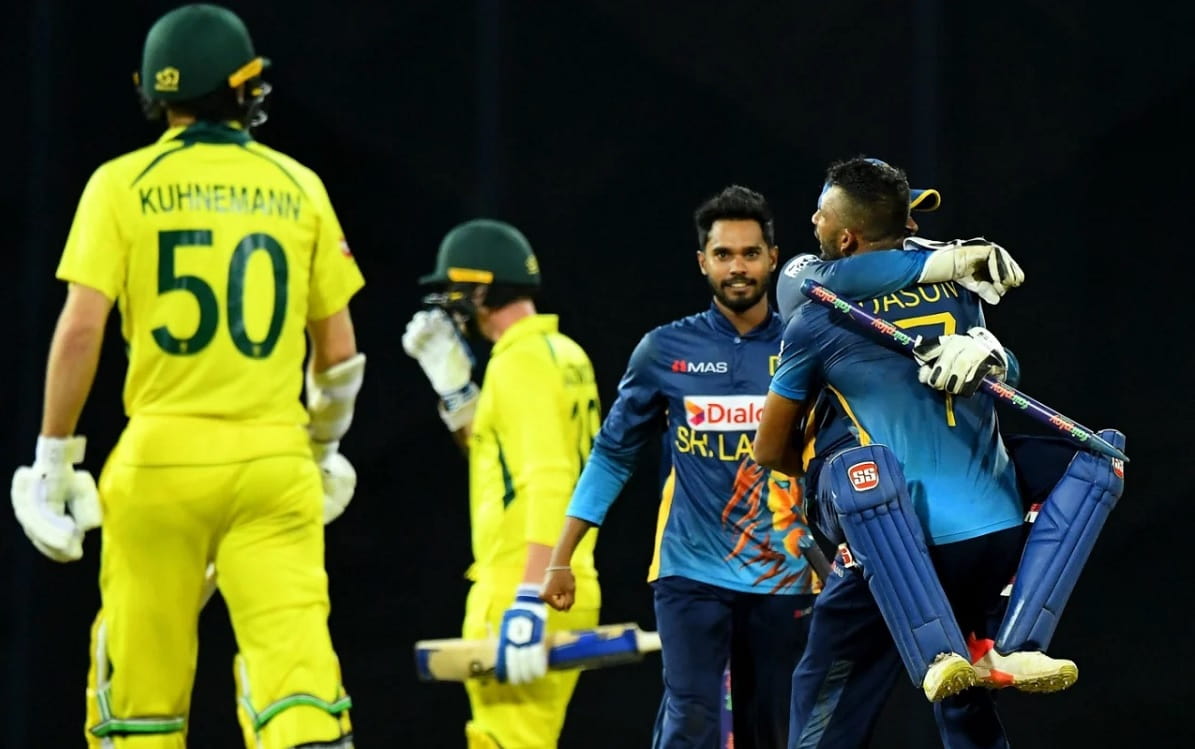 Sri Lanka's legendary cricketers such as Sanath Jayasuriya and Roshan Mahanama, among others congratulated the home team for their historic ODI series win against Australia on Tuesday night, saying the players had brought "joy to the public during these very tough times" for the country.

The Dasun Shanaka-led Sri Lanka defeated Australia by four runs in the fourth ODI of the five-match series to take an unassailable 3-1 lead. It was Sri Lanka's first ODI series win over Australia in 30 years and came on the back of the spinners picking seven of the 10 Australian wickets on the day at the R. Premadasa Stadium.

Mahanama, a dashing right-hand batter who played 213 ODIs scoring in excess of 5,000 runs, took to social media to congratulate Sri Lanka on the historic series victory, saying, "Congrats to @DasunShanaka and the @officialSLC team on their historic home series win against @CricketAus after 30 years! Well done for showing what the lions are capable of, when played together as a team and also for bringing joy to the public during these very tough times."

Sri Lanka legend Mahela Jayawardene, who is also the head coach of IPL side Mumbai Indians, tweeted, "Fantastic response @dasunshanaka1 for all the critic's... well done boys. Fantastic win. Believe in the process and the skill."

A fighting maiden ODI century by Charith Asalanka followed by an impressive bowling effort led Sri Lanka to a thrilling four-run win over Australia in the fourth ODI. Riding on Asalanka's century (110 off 106) Sri Lanka posted a total of 258 all out in 49 overs. On a deck that was assisting the spinners, the hosts then threw 43 overs of spin at Australia and emerged victorious despite some late hiccups in a last-ball thriller.