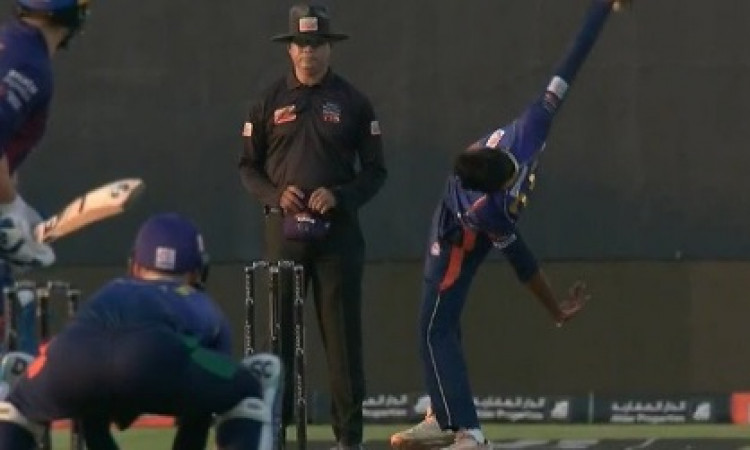 Hailing from Galle, Koththigoda's action has been compared to that of former South African spinner Paul Adams by his coach Dhammika Sudarshana. Koththigoda is playing for Bangla Tigers in the Abu Dhabi T10 league and a video of his perplexing action has gone viral on social media.

Among the many things that the action is being called is "frog in a blender 2.0", based on the nickname that was given to Adams.

However, Koththigoda has said that he never saw Adams bowl while growing up and took a look at his action only when comparisons were made.

"From the beginning I was bowling like this, and I never changed through under 13, 15, 17 and 19 cricket in Sri Lanka," he is quoted as saying by The National.

"In the beginning, I was playing with a tennis ball with my dad. From there I began to play cricket, and I have kept this action since," he said.