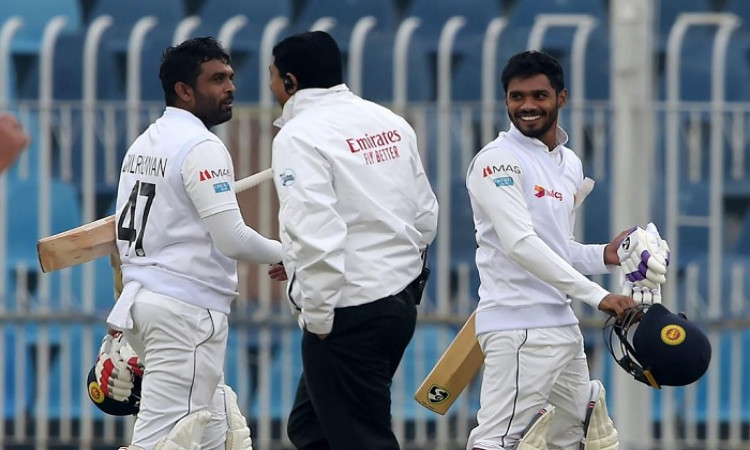 Rawalpindi, Dec 13: Sri Lanka were 282/6 at the end of Day 3 of their first Test against Pakistan in Rawalpindi. Overnight showers and bad light meant that just over five overs were possible in a Test that has been hit by delays due to the weather.

Only 91.5 overs have been bowled thus far across three days in the match with the first innings yet to be completed which means that a result seems highly unlikely. Dhananjaya De Silva hit a four off the last ball of the 87th over that Shaheen Afridi continued from the previous day to start things off.

Another boundary that he hit in what turned out to be the last over of the day was the only time when the ball touched the ropes. He inched closer towards his sixth Test ton.

Dilruwan Perera stuck on with him and added four to his overnight total of two. Naseem Shah and Afridi where the only two bowlers who ran in for the hosts.