Sri Lanka on top after Day 1 of second Test 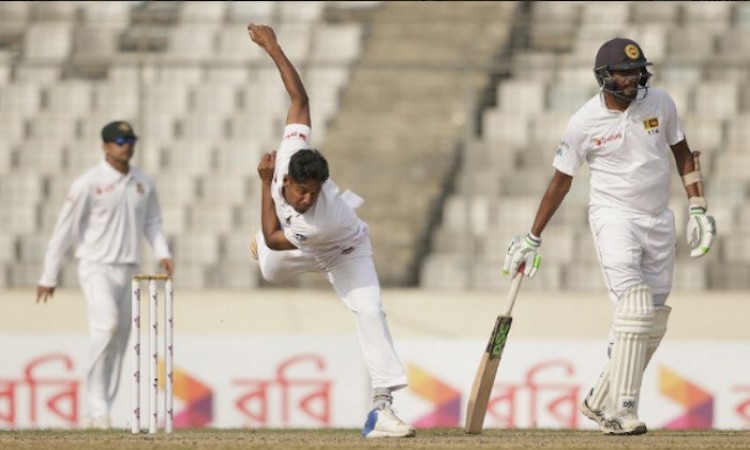 Dhaka, Feb 8 - Bangladesh struggled at 56/4 at stumps on the opening day of the second Test even after Abdur Razzak made a fruitful comeback to the Test arena after four years, returning a career-best 4/63 to bowl out Sri Lanka for 222 here on Thursday.

At the end of the first day, Bangladesh still trail Sri Lanka by 166 runs with just six wickets in hand. Liton Das, the wicketkeeper-batsman, was unbeaten on 24, and had Mehidy Hasan for company on five.

For Sri Lanka, opener Kushal Mendis was the top scorer with 68 runs while Roshen Silva (56) and Dilruwan Perera (31) chipped in with vital contributions to take the team past the 200-run mark.

Besides Abdur Razzak, Taijul Islam finished with figures of 4/83 while the lone pacer Mustafizur Rahman chipped in with two wickets.

Sri Lanka came out in their defence of 222 with all guns blazing. Skipper Suranga Lakmal got rid of Tamim Iqbal (4) off just the fourth ball of the innings, with the opener spooning a return catch to the bowler.

Mominul Haque, fresh from a century in each innings of the previous Test, was run-out for a duck in the very next over, although he had only himself to blame.