The Indian squad for next month's six-match white-ball tour of Sri Lanka arrived here on Tuesday and went into a two-week quarantine. 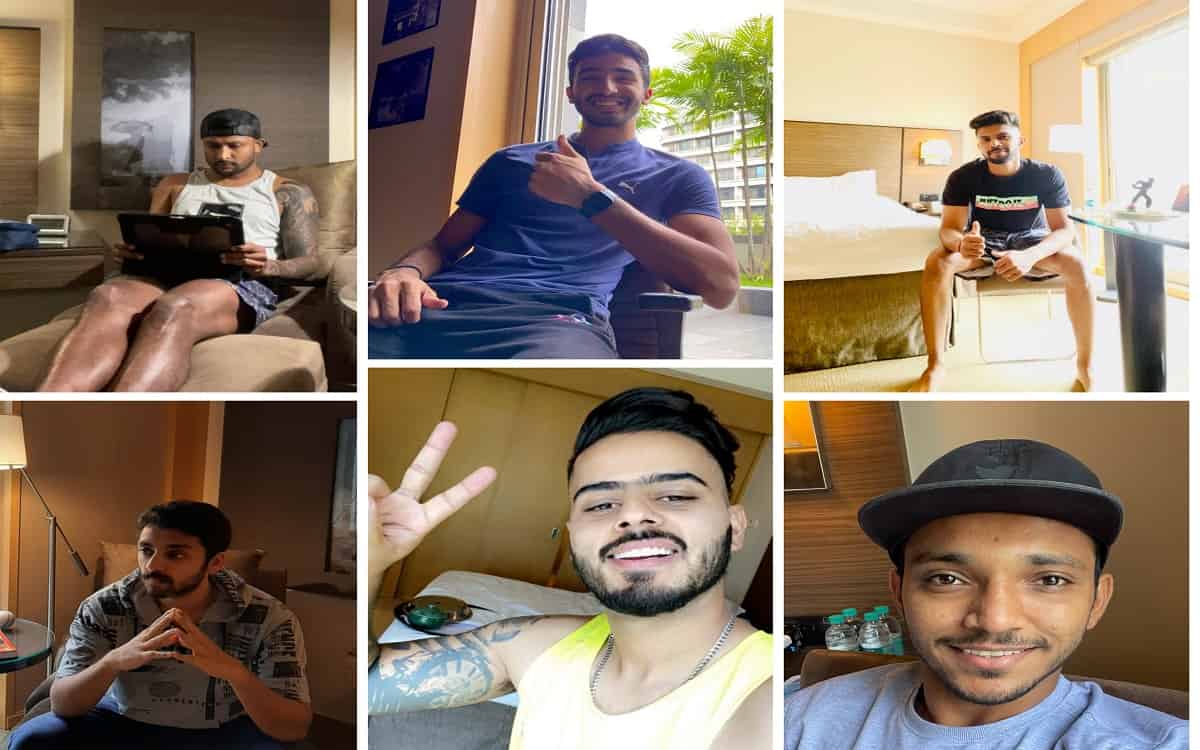 The players will be tested regularly before departing for Colombo on June 28. Shikhar Dhawan has been appointed captain pace bowler Bhuvneshwar Kumar is vice-captain of the 20-member squad. Five net bowlers have also been picked to tour.

"#TeamIndia's limited-overs squad for the Sri Lanka series has assembled in Mumbai [ok hand emoji]. Good to see some new and happy faces in the squad [lightly smiling face emoji]," tweeted the Board of Control for Cricket in India (BCCI) along with pictures of several cricketers who have arrived.

Among those whose pictures were uploaded by the BCCI included Dhawan, Bhuvneshwar, the Pandya brothers - Hardik and Krunal - and Nitish Rana. The BCCI's senior selection committee had on June 10 picked the squad for three ODIs and three T20I series, to be played between July 13 and 25. The head coach for the tour, Rahul Dravid, too will quarantine in Mumbai until the departure of the squad.

The squad will reach Colombo on June 28 where it will undergo another three days of mandatory quarantine in their team hotel before being allowed to start training in a "controlled fashion as per the guidelines laid out by Sri Lanka Cricket (SLC)".

Last week, the SLC had stated in a press release that the squad would train in smaller groups between July 2 and 4. "Between July 6 and 12, the entire squad will be free to train before the ODI series, which begins from July 13." All the matches will be played under floodlights at the R Premadasa Stadium in Colombo.