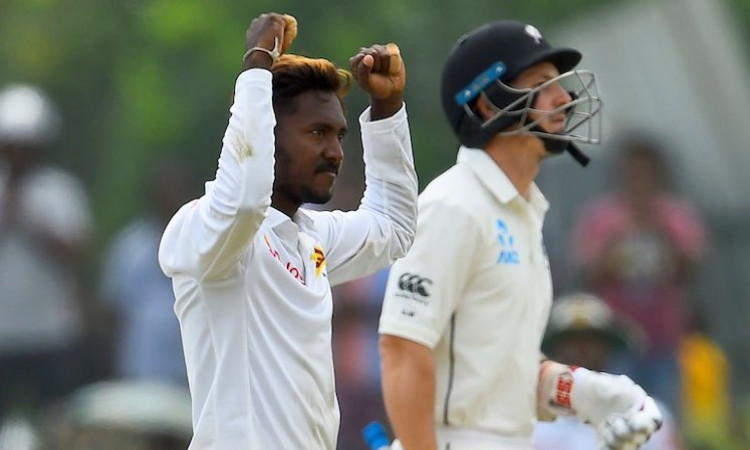 Galle - Sri Lanka on Saturday beat New Zealand by six wickets in Galle to take a 1-0 lead in the two-Test series. Chasing a target of 268, Sri Lanka rode on a masterful 122 from captain Dimuth Karunaratne to get over the line in the first session of Day 5. SCORECARD

Sri Lanka started the fifth day on an overnight total of 133/0. Openers Karunaratne and Lahiru Thirimane took their stand to 161 before the latter was dismissed in the 11th over of the day by William Sommerville. Ajaz Patel then struck in the next over with the wicket of Kusal Mendis.

Angelo Matthews, however, stuck with his captain and Karunaratne soon scored his ninth Test ton with a four. It was the first time in 60-Test career that Karunaratne had scored a hundred in the fourth innings of a match. The pair kept ticking away the runs and by the time Karunaratne was dismissed, the hosts were just 50 runs away from victory.

However, New Zealand's pain only continued with Kusal Perera, who replaced his captain in the middle, increasing the rate of scoring. Perera was given out for caught behind off the eighth ball that he faced but he successfully reviewed the decision. An over later New Zealand reviewed an unsuccessfull LBW appeal against him but he survived that, too. The Kiwis took the second new ball after that over.

Also Read: Will continue to experiment as we look to build a legacy: Ravi Shastri