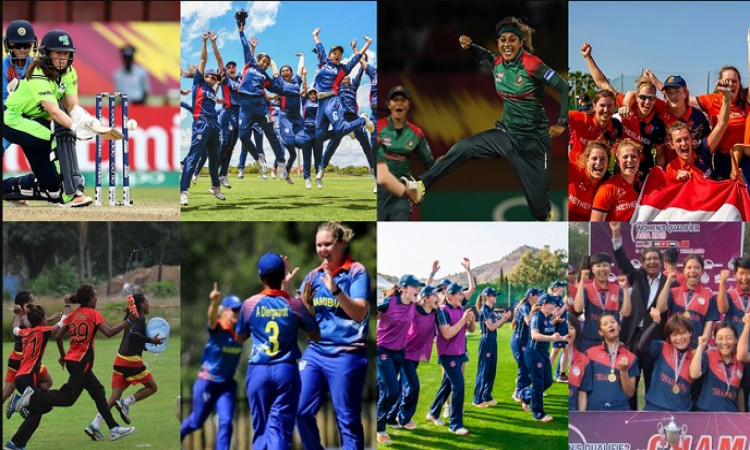 Dubai, Aug 21:  The ICC Womens T20 World Cup Qualifier will be held from August 31 to September 7 at the Forfarshire Cricket Club in Dundee and the Arbroath Cricket Club, both in Scotland, a statement said.

Bangladesh, Scotland, PNG and the USA form Group A, while Group B consists of Ireland, Thailand, Namibia and the Netherlands.

Also Read: Pakistan to tour England for three Tests in 2020

The eight teams have been divided into two groups to decide the semi-finalists, with the winners of the two semi-finals ensuring a place at the Women's T20 World Cup 2020 to be held in the Australian cities of Canberra, Melbourne, Perth and Sydney from February 21 to March 8 next year.

Both the semi-finals (on September 5) and the final (September 7) will be played at the Forfarshire Cricket Club.

The teams also get to play a warm-up match each ahead of the tournament, on August 29.

Graeme Le Brooy of the ICC International Panel of Match Referees will be the tournament referee, while umpiring responsibilities will be shared between Claire Polosak, Jacqueline Williams, Sue Redfern, Kim Cotton, Eloise Sheridan and Lauren Agenbach -- all from the ICC Development Panel of Umpires. Denis Burns will undertake the role of Umpire Coach for the tournament.