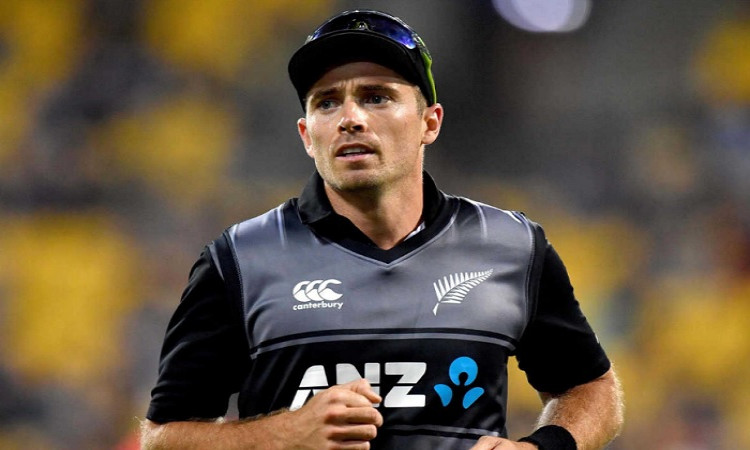 Wellington, April 29: Tim Southee and Tom Latham bagged first-class awards while Devon Conway and Katie Gurrey were recognised for their domestic performances on day two of the 2020 New Zealand Cricket annual awards presented online for the first time due to the COVID-19 pandemic.

Southee, who claimed 41 wickets at an average of 22 on pitches in Sri Lanka, Australia and at home in New Zealand, won his third Winsor Cup.

Also Read: Have been sledged for looking like Ellen DeGeneres, reveals Joe Root

"It's a great honour," Southee said, upon receiving the Winsor Cup (virtually) from Black Caps coach Gary Stead on Wednesday.

"The way we played our Test cricket at home this summer was especially pleasing. To beat England first up was a great effort and then to perform so well against a very good Indian side was immensely satisfying."

While Southee took the wickets, Latham was the New Zealand Test runs scoring machine with 875 first-class runs from 12 matches, with three centuries, including a match defining hundred in Colombo. Latham won his first Repath Cup.

During the award presentation, Stead said it wasn't just the big scores that stood out for him.

"This season we faced some of the very best bowling attacks in the world and Tom was an absolute rock at the top for us," he said.

"Even in Australia when we were under severe pressure he managed to dig in and deny them for extended periods of time - it's that courage and determination I really admire," he added.