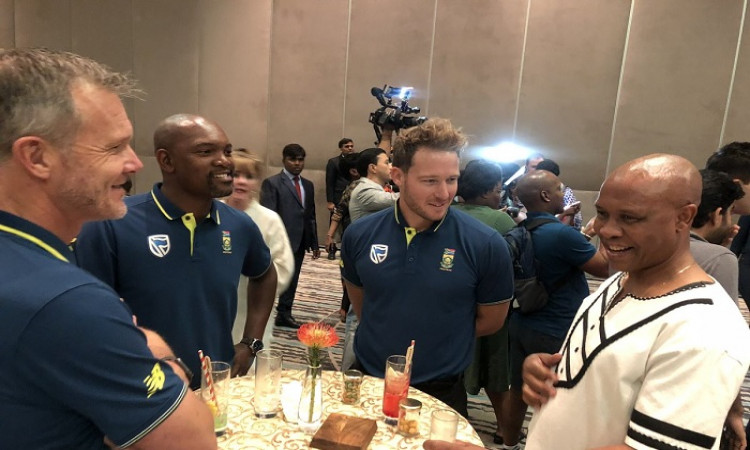 New Delhi, Sep 9: The South African cricket team started their tour of India with a visit to the country's High Commissioner in New Delhi. Cricket South Africa (CSA) on Monday tweeted images of the team members at the High Commission.

"Great start to the tour of India last night with dinner with the High Commissioner of South Africa, His Excellency, Mr Sbu Ndebele and his wonderful staff & their families. It's great to know our boys will have a few familiar faces to look out for on match days. #ProudlySA," said the CSA's tweet.

This will be followed by a Test series which will be South Africa's first in the World Test Championship and the second for India. The first Test will be played between October 2 and 6 in Visakhapatnam, followed by a match in Pune (October 10-14) and the final match in Ranchi (October 19-23)