Johannesburg, March 31: The International Cricket Council (ICC) has confirmed that South Africa-born batsman Devon Conway, who plays for Wellington, will be eligible to play for New Zealand from August 28. 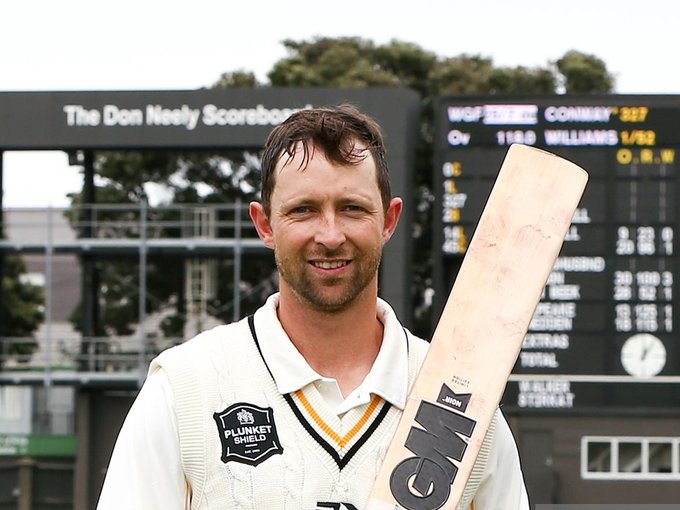 Conway, who left Johannesburg in September 2017 to make a career in New Zealand, has been granted an "exceptional circumstance dispensation" by the ICC, which means he can play in tour games before his August 28 eligibility deadline, leaving him available for selection for New Zealand's tour of Bangladesh, which is scheduled to start on August 12, or for New Zealand A's tour of India, which is set to begin on August 15, reports ESPNcricinfo.

The left-handed batsman scored 1598 runs at a stellar average of 72.63 in 17 first-class games for Wellington. He scored four hundreds, including an unbeaten 327 against Canterbury last October, only the eighth triple-hundred scored in New Zealand.

"It's really awesome to have that solid date, 28th of August, as a reminder to say that you're pretty close," Conway said.

"In saying that, it doesn't guarantee selection. So I am pretty happy to hear about that, but you've just got to keep working hard and hopefully get an opportunity to break into that Black Caps team, which is pretty awesome at the moment - you've got world-class players there, and it won't be easy to get into that team," he added.

However, he might have to wait to make his New Zealand debut as all cricket activities remain suspended across the world due to ongoing coronavirus pandemic.