Anrich Nortje finished with match figures of 6-110 as South Africa completed a crushing victory against England inside three days in London to go 1-0 up in a three-match series. 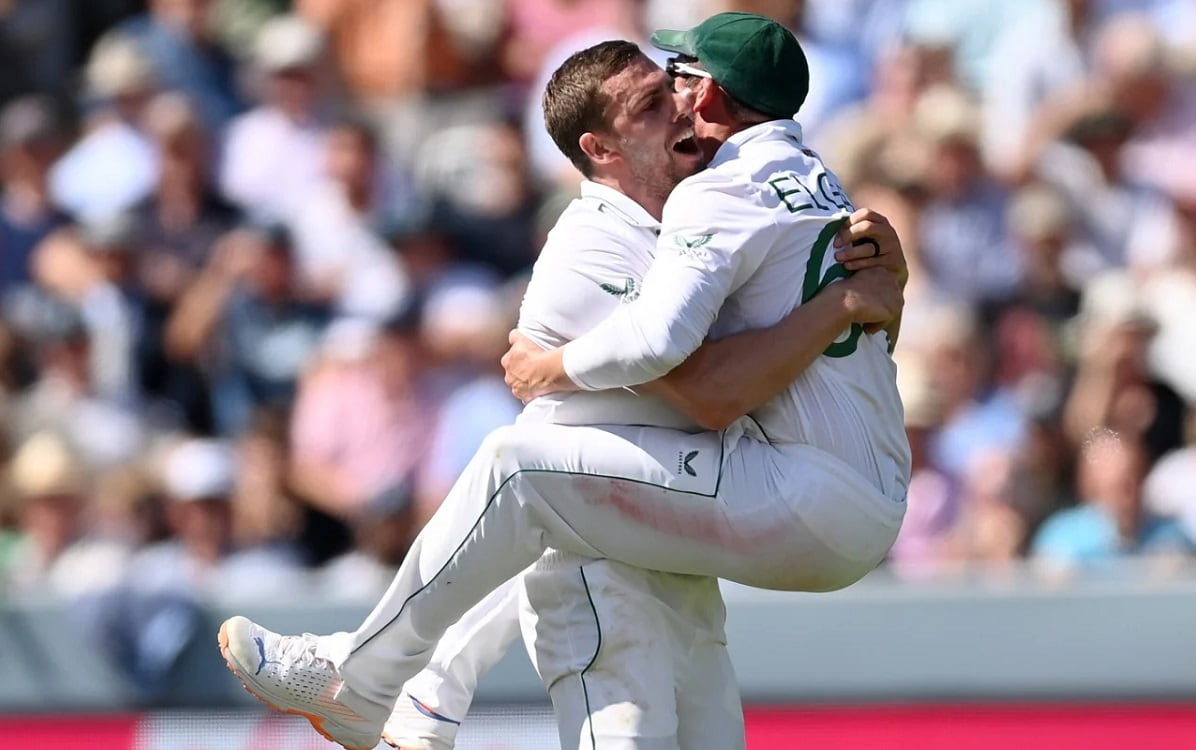 Nortje finished with match figures of 6-110 as South Africa completed a crushing victory inside three days in London to go 1-0 up in a three-match series.

The 28-year-old express quick was especially effective after lunch on Friday, taking three wickets for no runs in 10 balls to have Jonny Bairstow, Alex Lees and Ben Foakes all caught behind as he repeatedly topped speeds of 90 mph (145 kph) and even surpassed 95 mph at one stage.

There was no way back for England, who were dismissed for 149 in under 38 overs, with South Africa's bowlers effectively giving themselves some unexpected, but valuable, extra rest ahead of Thursday's second Test at Manchester's Old Trafford.

South Africa were already top of the World Test Championship table before this game and they have now won eight of their 10 matches at this level since experienced opening batsman Elgar became their permanent captain in red-ball cricket last year.

"Dean is quite straight forward," Nortje told reporters after stumps.

"If he thinks you're not playing your A-game, he'll tell you and the whole team respects that. We need that. You need someone to tell you and not to beat around the bush."

Nortje, who occasionally got carried away with short-pitched bowling at Lord's before reverting to a fuller length, added: "He will tell you if it is not good enough and at stages that is what happened.

"It paid off here and hopefully it pays off again but he does encourage me to try to express myself as a bowler," Nortje explained.

"I am really enjoying having him as a captain and it is nice to have that honesty from a captain as well."

- 'Unbelievable attack' -
Nortje has taken 53 wickets in his 13 Tests at an average of exactly 27, having spent six months on the sidelines nursing back and hip injuries following last year's T20 World Cup.

But he now finds himself back in Test action as a member of a formidable four-man pace attack that also includes spearhead Kagiso Rabada, Lungi Ngidi and towering left-armer Marco Jansen.

The quartet were all in the wickets at Lord's, with Rabada's superb 5-62 in England's meagre first innings 165, where Nortje offered good support with 3-63, leading the way.

"It is an unbelievable attack and guys have shown what they can do," said Nortje.

"Everyone covers a different aspect in their own department and it is just really nice to be joining up and playing red-ball cricket with the team again.

"KG (Rabada) did unbelievably well for us in this game as well."