South Africa vs England 2nd ODI, Match abandoned due to rain in Durban 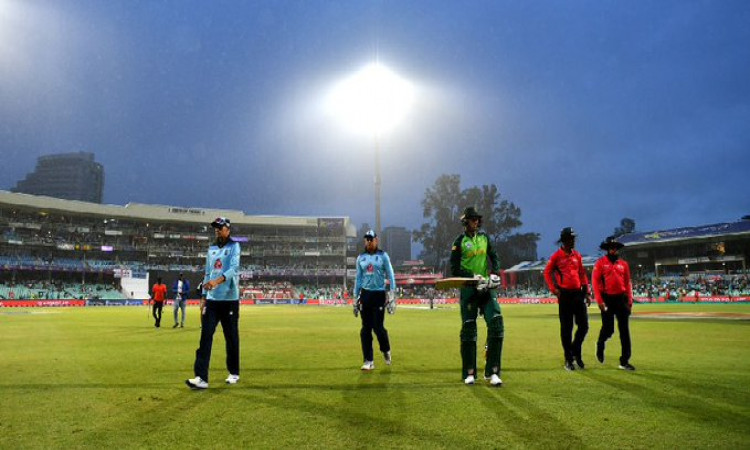 Durban, Feb 8:  The second ODI between South Africa and England at Kingsmead here was abandoned due to incessant rain on Friday. The hosts thus maintain their 1-0 lead in the three-match series and the possibility of a series win for England has now been eliminated.

Only 11 overs and two balls could be bowled, sandwiched between lengthy periods in the dressing room for both sets of players.

The toss was delayed by more than an hour but it looked like a 50-over game was on the cards when England chose to bowl first. It was captain Joe Root who got the breakthrough for South Africa, dismissing his Proteas counterpart Quinton de Kock in the sixth over. Rain returned in the next over and the ground remained under the covers for two and a half hours.

It was then decided that the game would be reduced to 26 overs a side but just five overs into resumption, umpires took the players off the pitch again as rains made a return. At 7 p.m. local time, the match was abandoned.

The third ODI will be played on Sunday in Johannesburg.