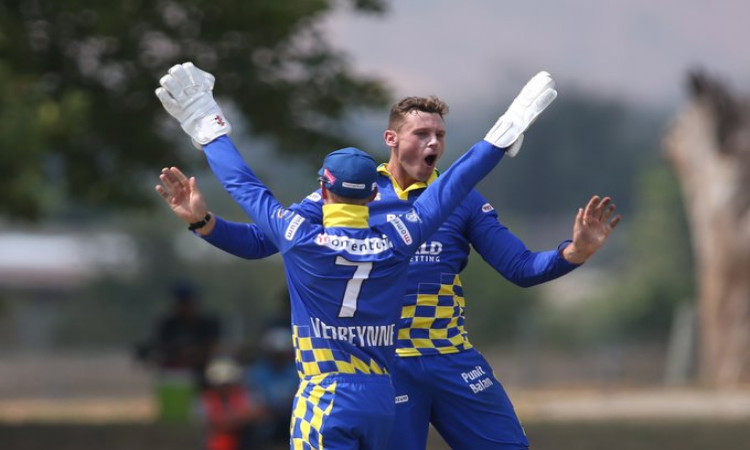 Johannesburg, Sep 5: South Africa have roped in all-rounder George Linde as a replacement for Jon-Jon Trevor Smuts for the three-match T20I series against India, starting September 15 in Dharamsala.

According to Cricket South Africa media release, Smuts has been withdrawn from the tour after failing to meet the team's fitness standards.

Also Read: Was prepared to play World Cup, but maybe their idea of No.4 changed: Ambati Rayudu

Linde, since his debut for Western Province in 2012, has featured in 75 T20s in which he has picked up 77 wickets.

A left-arm spinner and a handy lower-order batsman, Linde is currently in India with the South Africa 'A' team and will join the Proteas upon their arrival. He scored a quickfire 52* in the second game of the five-match series, and has picked up three wickets in as many games so far.

The rest of the squad is expected to depart for India on Friday.