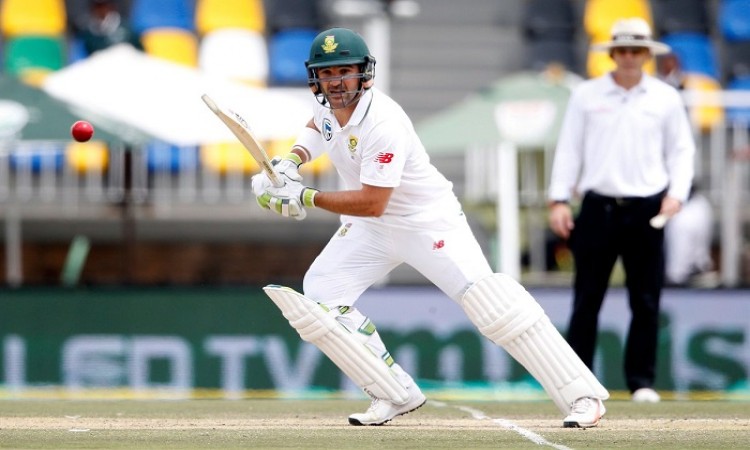 Potchefstroom (South Africa), Sep 30 (Cricketnmore): South Africa opener Dean Elgar became part of a distinguished yet unfortunate group when he was dismissed just one run short of a double century the second day of the first cricket Test against Bangladesh at here on Friday.

Elgar was dismissed by Bangladesh left-arm pacer Mustafizur Rahman while on the personal score of 199 shortly after the start of the post lunch session.

The left-hander had gone for a pull shot to a short ball wide of his off-stump. But the ball took the top edge for an easy catch to Mominul Haque at mid-wicket.

Till that point, Elgar had been batting comfortably against a rather toothless Bangladesh bowling attack and will be cursing himself for missing out on what would have been his maiden double ton in Test cricket.

Elgar and Hashim Amla had produced a partnership of 215 runs to put South Africa in a commanding position.

Amla, who scored 137 runs, was sent back to the pavilion by medium-pacer Shafiul Islam shortly before Elgar's dismissal.

The experienced right-hander notched up his 27th Test century and joined Greame Smith on the second spot of the list of most number of centuries in the five-day format for South Africa.