WI vs SA: South Africa Labour To 44-3 At Lunch In Second Test Against West Indies

West Indies made early inroads during a rain-interrupted first session to have South Africa struggling at 44 for three at lunch after they were put in to bat on the opening day of the second Test on Friday. 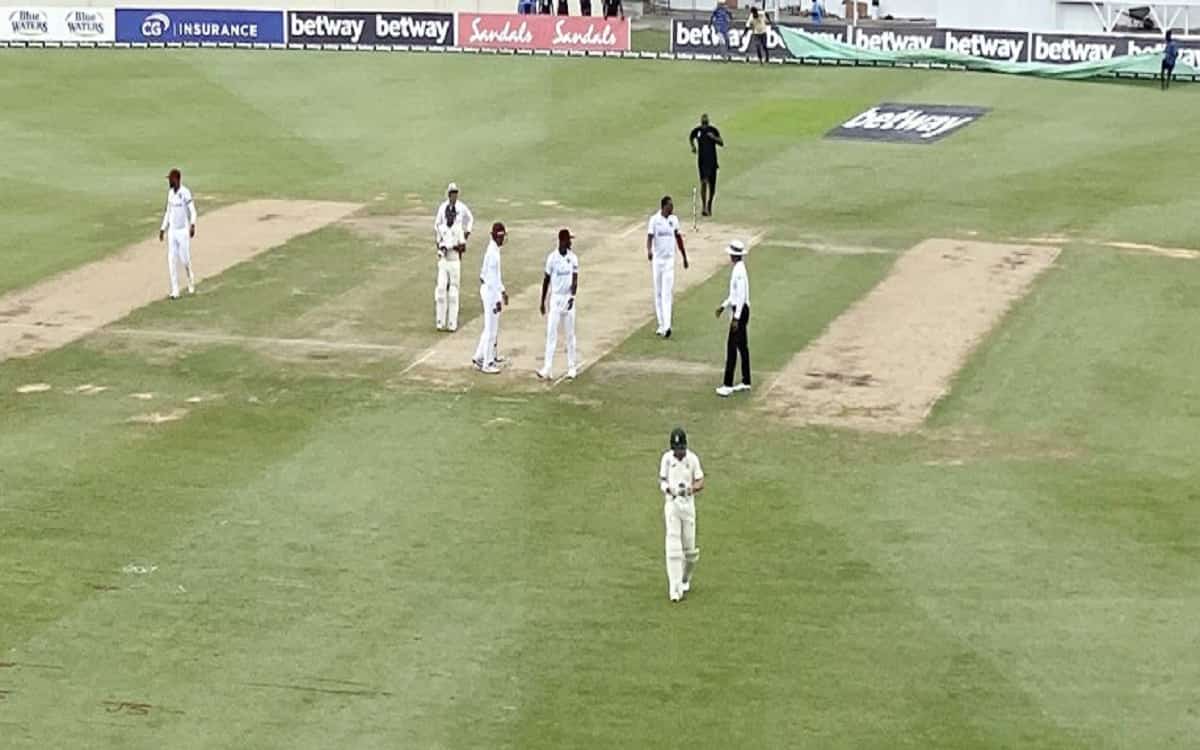 Heavily criticised after choosing to bat first on a seaming pitch a week earlier in the first Test at the same venue, home captain Kraigg Brathwaite did not hesitate to bowl first on winning the toss again.

It proved justified with Shannon Gabriel, who missed the first Test through injury, relative newcomer Jayden Seales and senior seamer Kemar Roach taking a wicket each on a challenging morning for the Proteas.

Gabriel had laboured through two Test matches for just one wicket against Sri Lanka in the previous series three months earlier on placid pitches in Antigua. But he enjoyed immediate success here with Aiden Markram slashing at a short, wide delivery before he had scored to give Roston Chase a comfortable catch at backward-point.

Keegan Petersen attempted to settle down in partnership with captain Dean Elgar but then edged a full-length delivery from Seales for former captain Jason Holder to snare the catch at second slip. Rassie van der Dussen laboured to get bat on ball and then fell to his own error of judgement, offering no shot to Roach only for his off-stump to be knocked back.