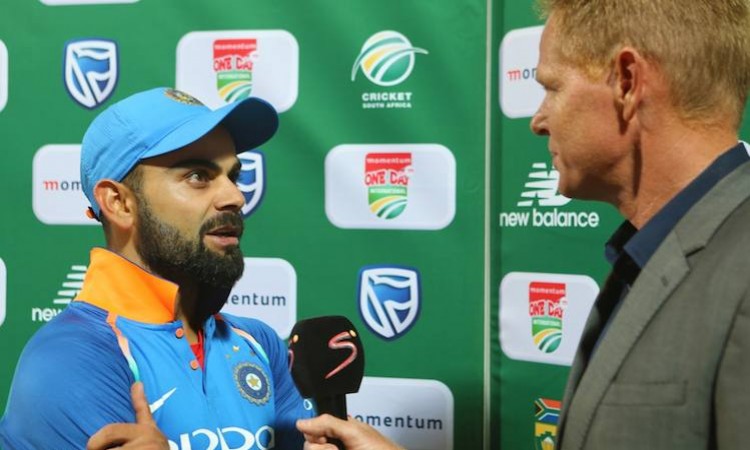 Centurion, Feb 22 - South Africa rode on some powerful batting by Heinrich Klaasen and Jean-Paul Duminy to defeat India by six wickets in the second Twenty20 International (T20I) at the SuperSport Park here on Wednesday.

Speaking at the post-match presentation ceremony, Kohli said: "They took calculated risks... They targeted the short boundary and it came off for them. We expected them to show some fight. They showed the passion which is needed to win games. They deserved to win."

Kohli, however, also said that having scored 188 for four, he thought it was a winning total. "We were looking at 175 after the loss of early wickets. Manish (Pandey) and (Suresh) Raina batted well initially. Manish and MS (Dhoni) were outstanding to get us to almost 190. I thought that was a winning total. But the constant drizzle made it difficult from the 12th over onwards," Kohli said.

About the play going on despite a drizzle, the India captain said: "It's good from the spectators' point of view. We didn't have problems with that. There was a constant drizzle, but wasn't too drastic at any stage. It was fine to play in. <>With the drizzle, the wicket settled down. The ball was difficult to grip too."